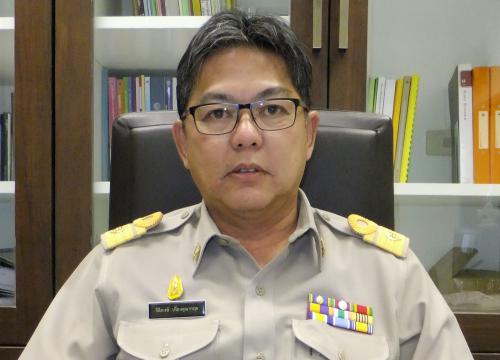 PHUKET: Kittipong Thiengkunakrit, Director of the Phuket Election Commission (PEC), has vowed to close advance voting polling booths in Phuket tomorrow if protesters arrive in numbers to rally against the February 2 national election.

“We will avoid any possibility of a fight. We do not want to have any problems at the polls,” he told the Phuket Gazette today.

“We will install the ballot boxes just before polling begins at 8am,” Mr Kittipong said.

A total of 60 police officers will be posted at the three polling stations to provide security, Phuket City Police Superintendent Sermphan Sirikong said.

“They have been instructed not to offer any resistance to a peaceful demonstration by protesters, but we have arranged more officers to provide backup if the need arises,” he said.

Any disruptions in carrying out the advance voting tomorrow will be reported to the Election Commission in Bangkok, affirmed Mr Kittipong.

“After that, we will await further instructions from the EC in Bangkok,” he said.

Phuket protest co-ordinator Suratin Lian-udom told the Gazette today that he will not stop anyone from casting a vote tomorrow.

“We will remain outside the polling stations and cheer and blow our whistles only. We too have no inclination to see any violence,” he said.