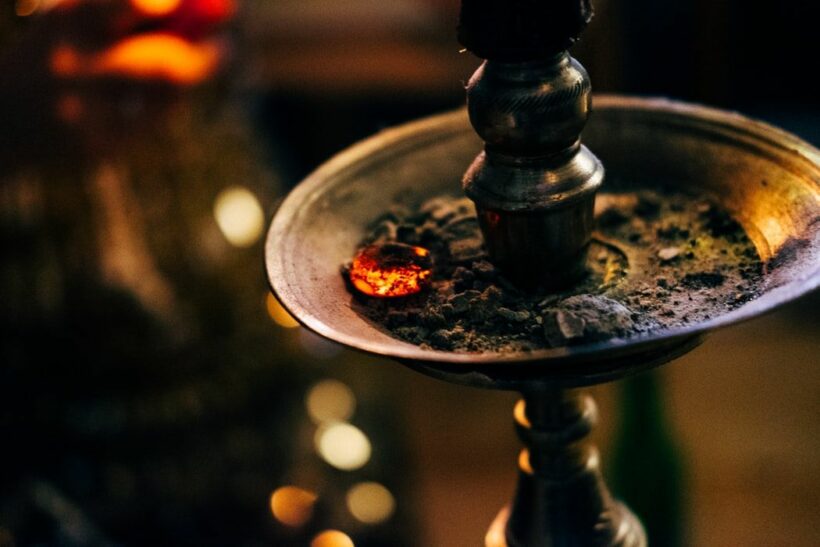 A 29 year old Isaan resident has been arrested by Phuket police for possessing 6 hookahs… the Middle Eastern water pipes are illegal in Thailand (although not too difficult to find being used in some commercial premises).

Thailand banned hookah-style water pipes and electronic cigarettes in 2014, a move pushed by public health officials who said it was getting young people into smoking.

Director of the Tobacco Control Research and Knowledge Management Center, or TRC, says smoking hookah, or baraku, is popular in pubs and other nightlife venues in Thailand. She says the appealing fruit flavors are attractive to young people and many believe it is less dangerous than cigarettes because it smells and tastes like fruit. Baraku is actually more harmful, she says.

“When tars in Baraku get hot, they are released as mutagens and toxicants. Baraku is a cause of several types of cancers such as lung cancer, mouth cancer and other serious tumors.”