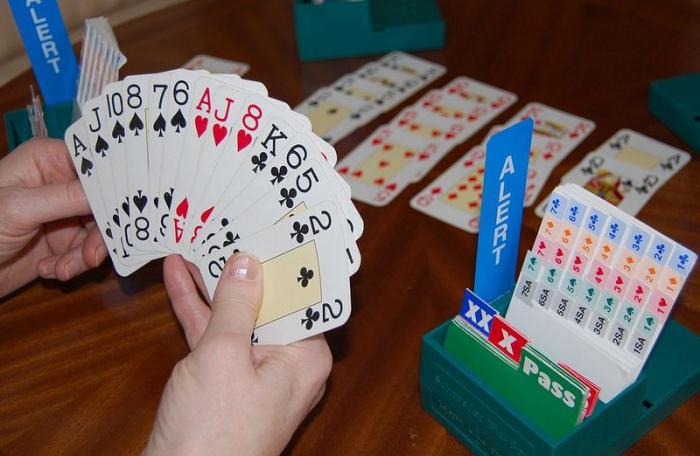 PHUKET: Phuket police have confirmed that playing bridge in Phuket is not illegal as long as there is no gambling involved.

The confirmation follows reports of police and military officers raiding a bridge club earlier this month in Pattaya, which led to the arrest of 32 foreigners, including an 84-year-old Dutch woman (story here).

“I was unaware of the arrests in Pattaya. However, we have no problem with bridge as long as there is no betting,” Phuket Provincial Police Deputy Commander Peerayuth Karajedee confirmed to the Phuket Gazette.

Even though money did not change hands in Pattaya, players were charged under a 1935 Thai law which states that no one can possess more than 120 playing cards at a time. Another alleged offence was that the card boxes did not possess an official government seal.

Many people have since voiced concerns over what they say is a ‘lack of evidence’ to warrant the arrests, as bridge is considered a sport, not gambling, reported The Nation (story here).

Didier Pinet, director of the Phuket Bridge Club, expressed his concern about the situation.

“I am aware of the raid in Pattaya and am shocked at what happened. We have been playing bridge in Phuket for about 20 years now. We even have students play with us sometimes,” said Mr Pinet

“I don’t expect any trouble in Phuket but we need to know what needs to be done – if we have to register for something, we are willing to do so,” Mr Pinet said.

However, Col Peerayuth confirmed that there was no need for bridge players in Phuket to panic.

“Things will continue as they were. To me, bridge is just another sport, like football. As long as people refrain from betting, we have no problem with any card games,” he said.