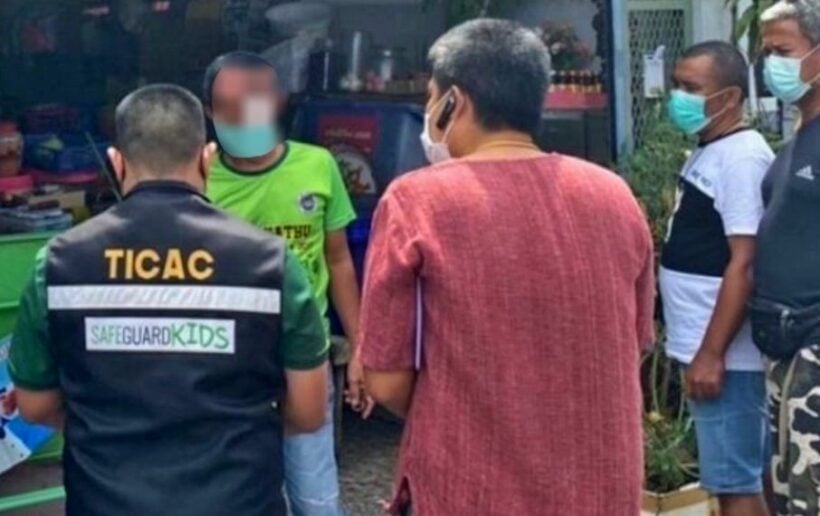 A man in Phuket posted photos of teenage girls in underwear on an unnamed “popular Phuket Facebook page”. The girls allegedly ranged from early to mid teens. One girl wore shorts and a training bra, and another wore a bra and unbuttoned jeans. Online viewers accused the man of “deceiving” the girls into taking off their clothes, according to The Phuket News. An investigation has begun, and care workers are interviewing the girls and trying to help them.

The man is identified as Manat Puttanupap. He is 58 years old. The Kathu police chief confirmed yesterday that officers arrested Manat on Wednesday. The chief listed the accusations against Manat in a statement.

“…on suspicion of deprivation of a child not more than 15 years old away from parents, guardians, or caregivers, without justifiable cause for indecency, and committing indecent acts against a child not over 15 years old”.

Manat was charged under the arrest warrant at Kathu Police Station. Manat tried to defend the photos, however he removed them after a wave of backlash against him.

PapayaBokBok
And his defense was ???? And I want to know what happen in the END to these thai guys? Slap on the wrist and fine would be my guess......as its not a farang.... And whats this guy doing to get…
SSimpson
"without justifiable cause for indecency". Is there such a thing?

Thaidup
10 hours ago, PapayaBokBok said: And whats this guy doing to get these girls to do this You shouldn't ask questions like that on a forum.🙂 Or least rephrase the question. LOL🙂 Before you all get mad at me.…
Fanta
13 hours ago, PapayaBokBok said: And his defense was ???? And I want to know what happen in the END to these thai guys? Slap on the wrist and fine would be my guess......as its not a farang.... It’s common…

PapayaBokBok
11 hours ago, Fanta said: It’s common to hear of arrests (RTP publicity) and far less common to hear of sentences passed/outcomes unless “the public” demands to know! Read into that what you may. And this involves underage Thais -…

Thailand’s electricity tariff expected to surge higher than ever