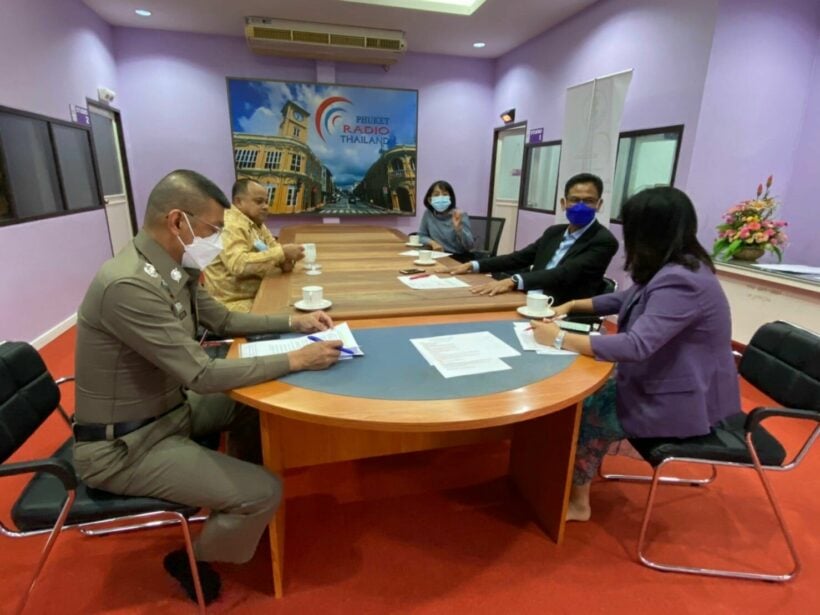 Following British journalist Jonathan Miller’s harsh and lengthy report of his stay at a Phuket quarantine hotel, Governor Narong Woonciew called for an investigation into the reporter’s claims. The reporter documented the impromptu parties with Covid-infected travellers during his two-week stay at the “hospitel.”

In the Sunday Times, Miller who was classified as high risk of contracting Covid-19, was ordered into a quarantine hotel with his partner, who had tested positive for the virus. He says it was “Asian Hotel California” with “late-night discos fuelled by local beer.”

Phuket officials are launching a charm offensive to negate the tarnished reputation of their Sandbox programme and the quality of their hospitels, which are hotels that partner with hospitals to over basic care for Covid-19 patients with mild symptoms.

Phuket Governor Narong Woonciew held a live video press conference this week saying that Phuket was ready to welcome tourists and that they’d worked out all the kinks in the hotel quarantine system already. He was joined by the director of the Tourism Authority of Thailand Phuket Office, the president of the Phuket Tourist Association, and the director of Vachira Phuket Hospital.

The governor said that the negative news created a crisis that they aim to use as an opportunity to make improvements and correct problems. He said that officials were sent immediately to investigate the claims and that improvements would be undertaken. He also said that the province has clarified any wrong information in the report.

As far as damage control goes for the international market, the press conference may not have the same teeth to get the attention of foreign tourists, especially since it was held entirely in Thai.

Miller’s biting hotel report came just days before the Test & Go programme is relaunching on February 1 which aims to welcome back international tourists with revised restrictions and a wider variety of entry ports aside from Phuket, where the Sandbox programme has been operating continuously since July.

Even under Test & Go, asymptomatic cases of Covid-19 will have to isolate but can choose a hospitel instead of a medical facility. They will not be confined to their rooms and will be allowed to walk around the hotel facilities for exercise and to eat. The TAT Phuket Office director vowed to work with the Phuket Provincial Public Health Office and hospitals to maintain and enforce the guidelines at the hospitals.

The president of the Phuket Tourist Association said that the details in Miller’s report of poor facilities at the hotel he stayed at would be investigated and that those properties that joined the Hotel Room Isolation programme must adhere to a certain quality and standard. But, he said, the alleged party in Miller’s report was nothing more than tourists getting some exercise and relaxation outside of their hotel room and not a rager as his article may have implied.

He concluded by calling on tourists to be safe and careful and pledged that Phuket and the rest of Thailand are doing their best to welcome travellers and leave a good impression for tourists from all over the world.

Vince
22 minutes ago, Artemis080 said: I have to say, I read the full article in The Sunday Times and any doubt that I had this policy of quarantine was in any way useful has vanished. That's shocking, pointless and a…

Freeduhdumb
Mommy and Daddy government taking care of us now. Yes Sarcasm... sorry, I am over it all. The virus is endemic now, time to move on. Parties sure aren't what they used to be... lol. Maybe more fun? We're all…
FTF020
50 minutes ago, King Cotton said: ' . . . The president of the Phuket Tourist Association said that the details in Miller’s report of poor facilities at the hotel he stayed at would be investigated and that those properties that…

Faraday
7 hours ago, FTF020 said: Maybe they're just saying they're underwhelmed by his idea of a party and they think they can do much better 🤣 Boris of No.10 is a bit of a party animal, perhaps they ought to ask…
HiuMak
11 hours ago, Thaiger said: Following British journalist Jonathan Miller’s harsh and lengthy report of his stay at a Phuket quarantine hotel, Governor Narong Woonciew called for an investigation into the reporter’s claims. The reporter documented the impromptu parties with…

Thailand will declare Covid-19 endemic, whether WHO agrees or not