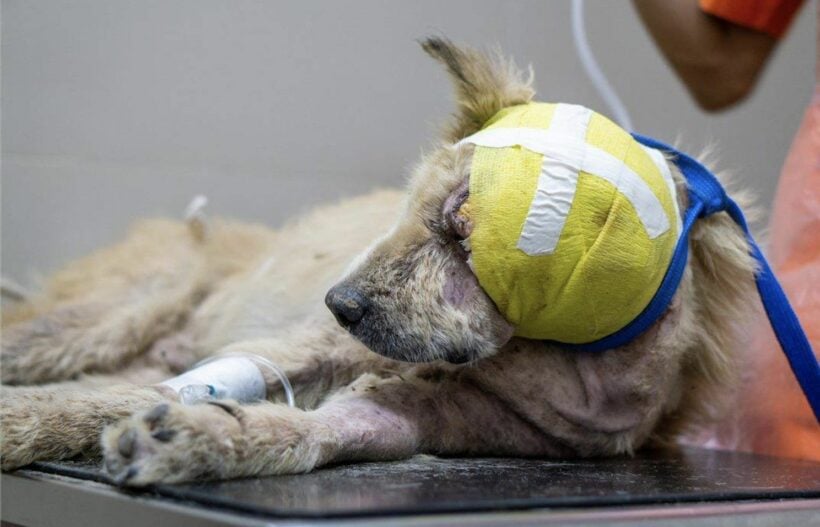 Members of the Zion of God Church in Phuket came to the rescue of a suffering street dog last Saturday after finding the poor pooch outside the church in Talad Nuea with maggot-infest head wounds.

The group contacted Soi Dog Foundation for help who confirmed they would dispatch their animal rescue officers to collect the dog the following day. Fearing he might stray from the church grounds before then, the group rushed him to Thong Lor Chalong Phuket Pet Hospital in Chalong where he received some initial treatment and was admitted overnight. He was transported to the Soi Dog shelter in Mai Khao on Sunday, October 4.

Soi Dog veterinarian Kirati Mongkolmarn confirmed that the dog, who has been named Orlan, will receive wound reconstruction surgery at the shelter’s state-of-the-art dog hospital once he is strong enough for the procedure. He will also receive ongoing treatment for a number of health issues, including severe anaemia, dermatitis, a tick infestation and a suspected blood parasite.

“For a 10 year old dog like Orlan, living on the streets is difficult. He has many health issues and severe maggot wounds on his left eye and left ear which we believe he has had for at least 2 weeks. Thank you to everyone who took the time and effort to help him. We will be monitoring his condition closely and hope he will recover soon.”

Rachaporn Kornkumpanart, one of the church’s worship team who co-ordinated Orlan’s rescue, urged the public to help street animals in their communities where possible.

“If a dog receives treatment quickly, they will have a better chance of survival and recovery. Therefore, I would like to ask people in our community to keep an eye out for street animals in need and give them a hand if possible.”

We’re wishing Orlan better days ahead and a swift recovery, and a big thanks to the member of the Church who took the time and trouble to help the street dog get a second chance and a better future. 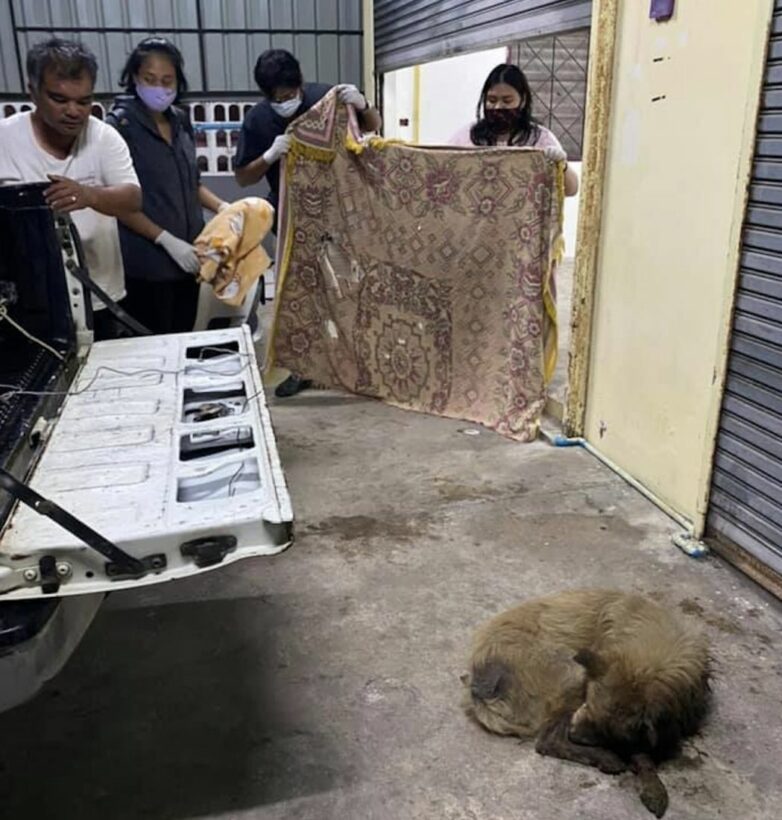 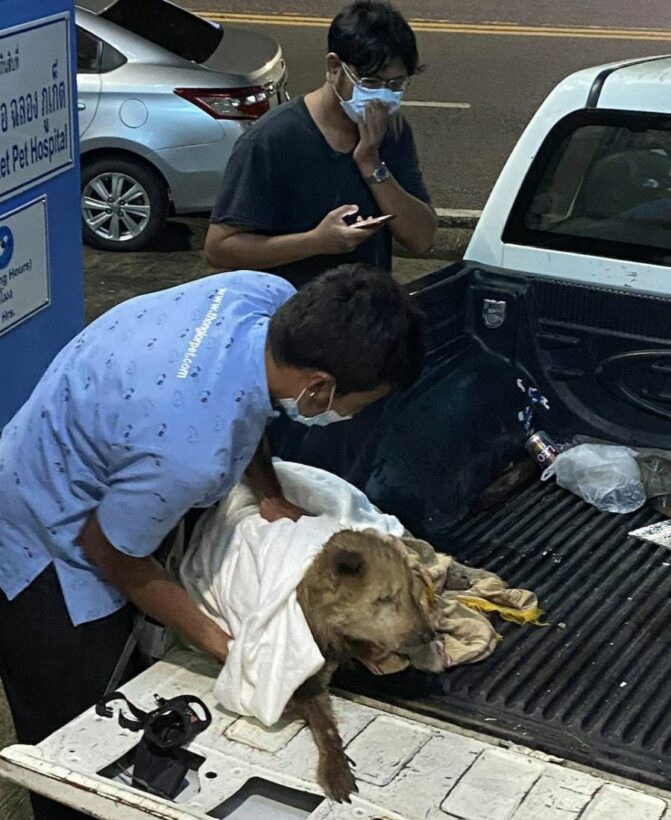 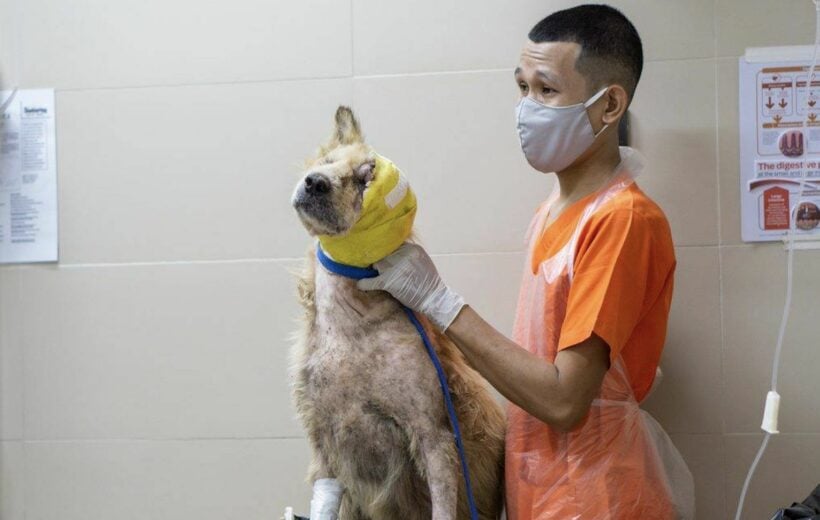 If you see an animal in Phuket outside of shelter hours whose life you believe is in danger unless it receives immediate, emergency treatment, call the emergency hotline on 098 927 9698.