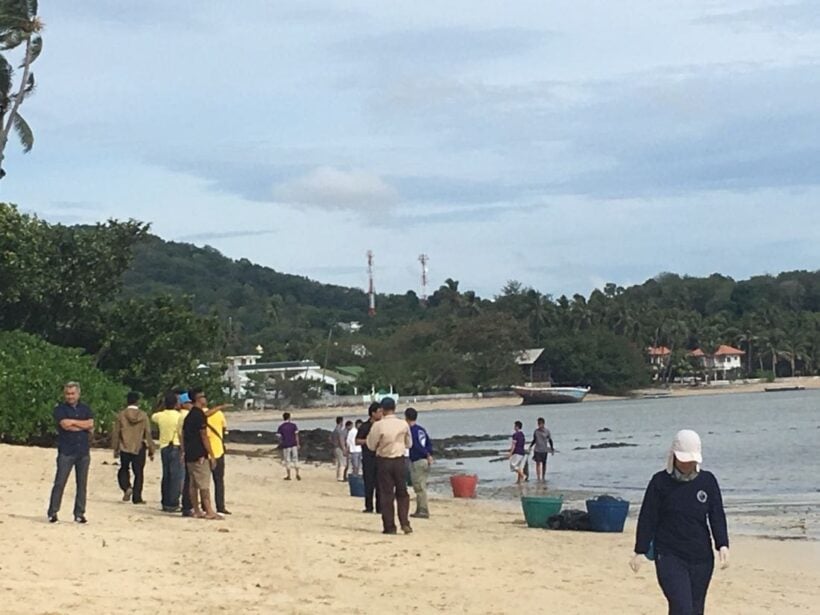 A beach in Ao Makham is almost back to normal following a big cleanup was launched to clear a black oil spill that had polluted 300 metres of shoreline yesterday.

The oil spill was located along a beach at Ao Makham in Wichit over the weekend. It is believed to be from a big ship.

Read more about the discovery and clean-up HERE.

Navy officers along with hotel staff in the area were helping to clean the beach and remove oil-stained sand. Beachgoers and tourists were still enjoying the beach during the clean-up operations, despite a strong smell coming from the oil.

The Phuket PR Office is reporting that the Phuket Marine Office has already filed a report to police in order to identify suspects who may have released the oil. They say they will face full legal action when identified as this oil affects the marine environment and tourism.

More efforts on fishing and tour boats management are also being considered in order to prevent any waste or oil releasing into the sea.