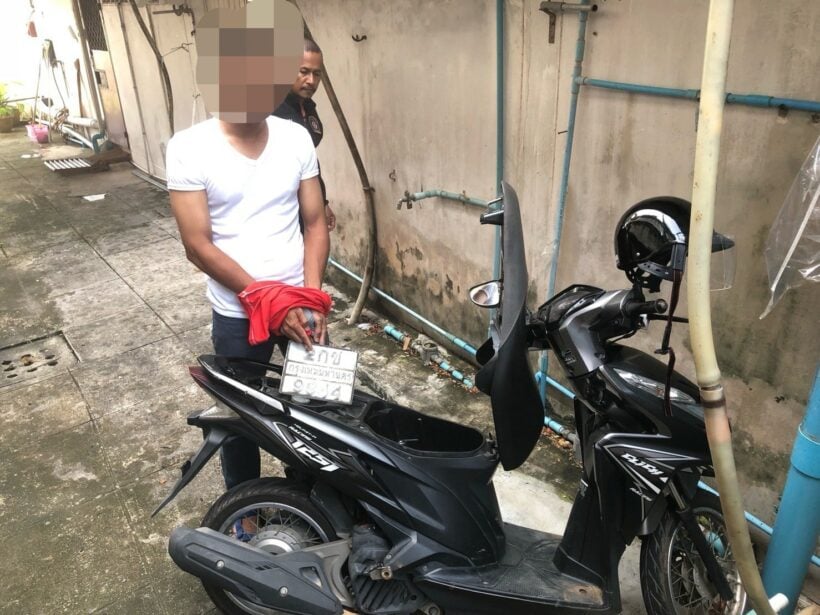 Police have arrested a man from Pattani wanted over a stolen motorbike that was parked at a music school in Phuket Town yesterday (July 24).

Phuket City Police have arrested 33 year old Tuanbudeeman ‘Tuan’ Tanamae from Pattani at a rental room in Phuket Town. Police also seized the stolen Honda motorbike. The man was taken to the Phuket City Police Station where he has been charged with theft.

The arrest follows police being notified last week on Wednesday (July 19) that a thief had stolen the Honda motorbike from the parking area of a music school in Phuket Town.

Police tracked down the man from CCTV cameras in the area. Police found that Tuan lived near the music school. When police arrested him, Tuan admitted that he had stolen the motorbike.

Police also found that an arrest warrant had been issued by Narathiwat Provincial Court for Tuan back on November 8, 2005 for theft. 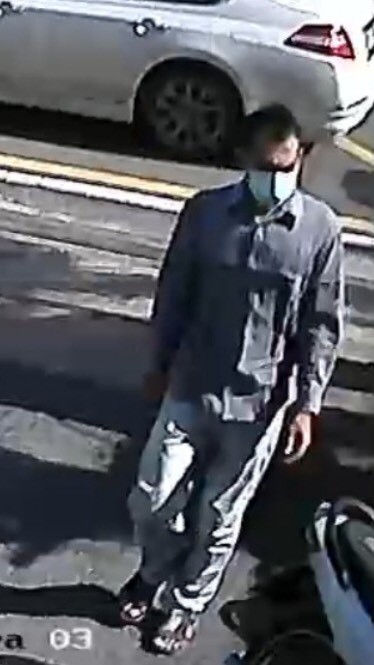