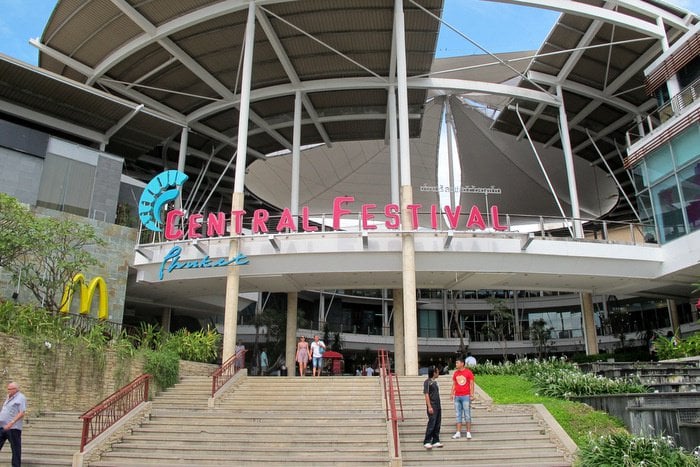 PHUKET: There will be no boost in security by police following the two bomb blasts outside the Siam Paragon shopping mall in Bangkok last night, one of Phuket’s top cops confirmed to the Phuket Gazette today.

“There will be no changes to security measures in Phuket unless something happens here,” Phuket Provincial Police Deputy Commander Peerayuth Karajedee said.

“Police in Phuket will carry out their regular duties to ensure public safety. Local residents and tourists in Phuket should not panic because of the explosions in Bangkok.”

Regardless, Col Peerayuth assured that he was not ignoring the issue.

“If we see something suspicious in Phuket, we will take the appropriate measures and increase security at the places we believe are at risk,” he said.

“Security at Jungceylon remains the same. At this stage, no extra security will be added,” confirmed Thanachai Koopophipun, senior customer relations staffer at the mall.

Management at Central Festival Phuket, however, are taking some steps to improve security at that mall.

“We have yet to call in more personnel, but we have informed our security guards to pay more attention at the main entrances, which already have scanning machines,” said a public relations staffer who asked not to be named.

The security guards have also been asked to be more vigilant when patrolling the car parks and the surrounding areas, the staffer said.

“We have also asked cleaning staff to help by checking rubbish bins and other areas in the mall,” she told the Gazette.