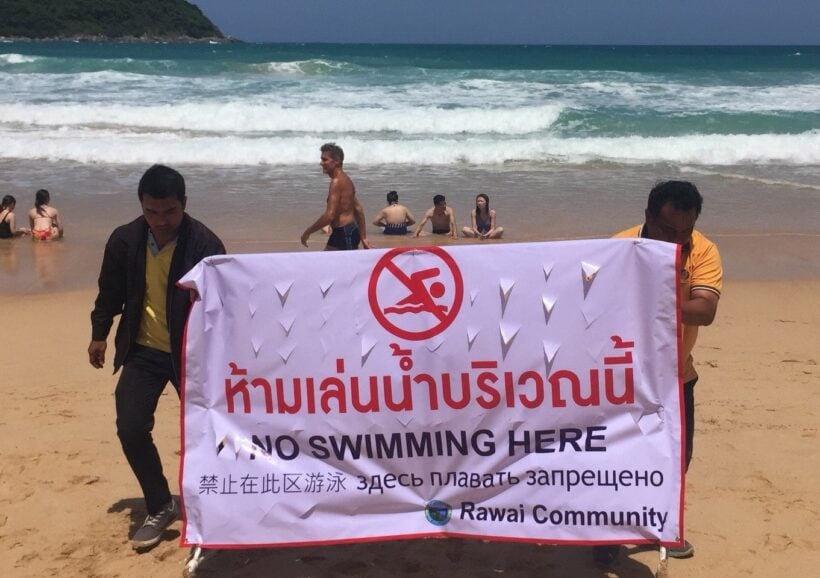 Phuket’s latest, and as yet unnamed crocodile, is doing a good job of evading officials, fishermen and capture, so far.

Officers from the Phuket Fisheries Officers and lifeguards at Yanui and Nai Harn Beaches are patrolling and warning beachgoers about the recent sightings of a crocodile in the rough seas off the beaches.

Red flags and signs have been put erected on Nai Harn and Yanui Beaches to warn tourists of a crocodile in the water.

Swimmers are being warned not to go swimming at Nai Harn beach today by officials from the Rawai Municipality. Officers were patrolling the beach yesterday as well as it emerged that the creature was a 2-3 metre crocodile (media reports have the crocodile anywhere from 1.2 – 3 metres).

“Even whilst we continue to warn tourists not to go into the water, we can still see some group of tourists who are ignoring our instructions. This is a difficult situation to because we don’t have any clear management guidelines for what to do with this crocodile.”

“We are afraid that the crocodile will move on to areas. We are cooperating with local fishermen to help track and put fishing nets in the sea to capture the crocodile. I am still not sure if this will work.”