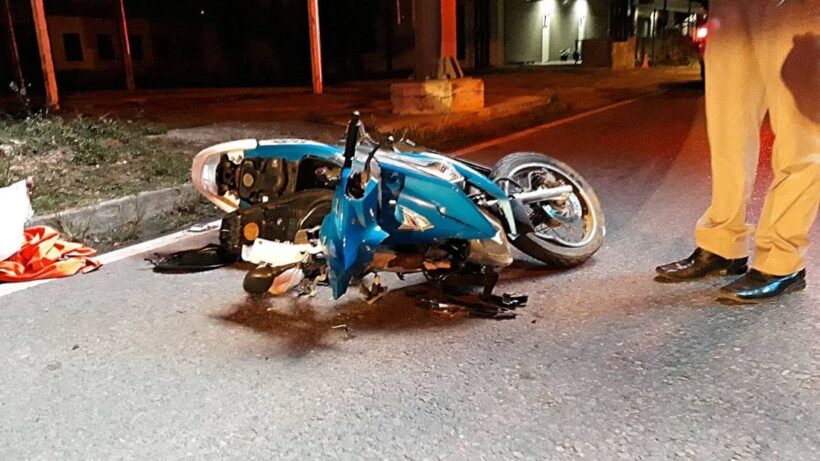 A motorbike driver has died at the scene after colliding with a power pole in Koh Kaew.

Phuket City Police were notified of the incident on Thepkrasattri Road, northbound, before the entrance of the Bang Khu Underpass at 5am this morning.

Police and emergency responders arrived to find the body of 20 year old Eakkarat Saelim from Nakhon Si Thammarat. His body was taken to Vachira Phuket Hospital. There was a damaged motorbike nearby.

Police believe that Mr Eakkarat was heading from Phuket Town to Thalang. When he he arrived at the scene of the incident it appears he lost control of his motorbike and collided with the power pole.

Police are checking CCTV footage to determine the cause of the incident.

Pedestrian killed in Thalang after being hit by taxi