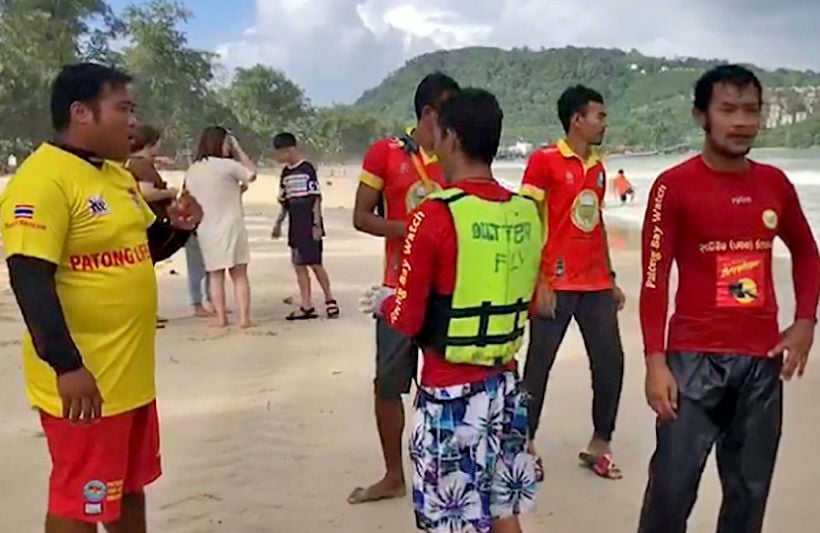 A body, found washed up on Freedom beach in Phuket on Friday, has now been identified by family to be one of the two missing Filipinos.

The family of Noah Ibay arrived at Phuket Provincial Hall yesterday to identify the body and meet the Phuket Governor, Pakkapong Tawipat. Mr. Val Simon Roque from The Philippines’ Embassy in Bangkok also attended the meeting with the family.

29 year old Filipino, Angelo Cortez, remains missing. The search has now been extended to beaches north and south of Freedom Beach. Phuket has been pounded by rains and fresh south-westerly winds over the past three days.

Four Filipinos were reported missing after walking along Freedom beach on Wednesday. A few from a group of 13 went wading in the shallows and were swept off their feet by strong waves and washed out to sea.

30 year old John Tanghal and 51 year old Jose Tanghal were soon recovered. But Both and Angelo remained missing as rescue and search efforts continued in the fading Wednesday evening light.