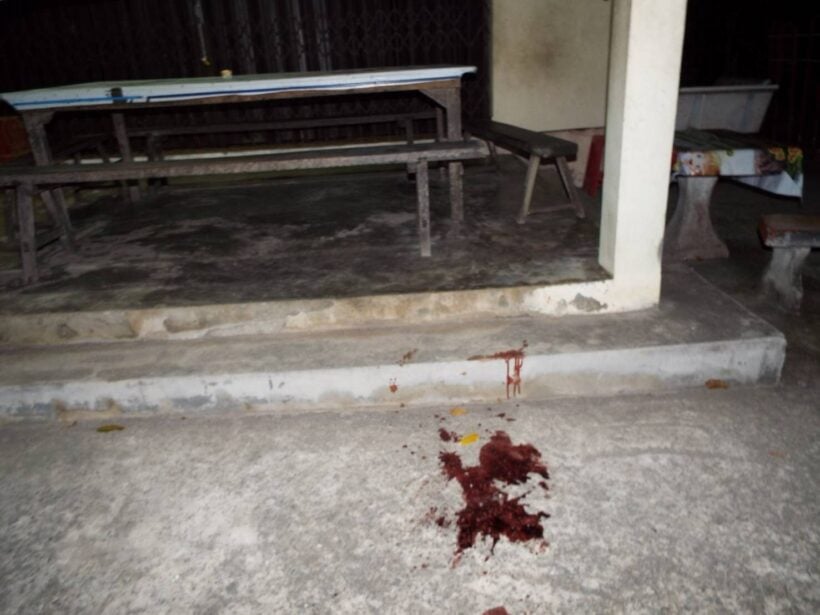 A man has surrendered himself to police after stabbing and slashing his friend to death.

The Thalang Police were notified of the incident that happened in front of a local shop in Baan Don, Thalang at 8pm on Friday.

Thalang Police and rescue workers arrived at the scene to find a body of a man who was later identified as Kittisak Chookun from Songkhla. The body was covered in blood and on the ground around the body. Three stab and slash wounds were found on his neck and chest. His body was taken to the Thalang Hospital.

Witness told police that the suspect and Mr Kittisak knew each other well as they had worked at the same place. They had been talking at the shop. After the shop closed an argument started before the suspect attacked Mr Kittisak and stabbed him to death. He then fled the scene.

The suspect who later surrendered himself to Thalang Police is 35 year old Pongpan Piwpong. Pongpan has been charged with murder and current;y assisting police with their further enquiries. 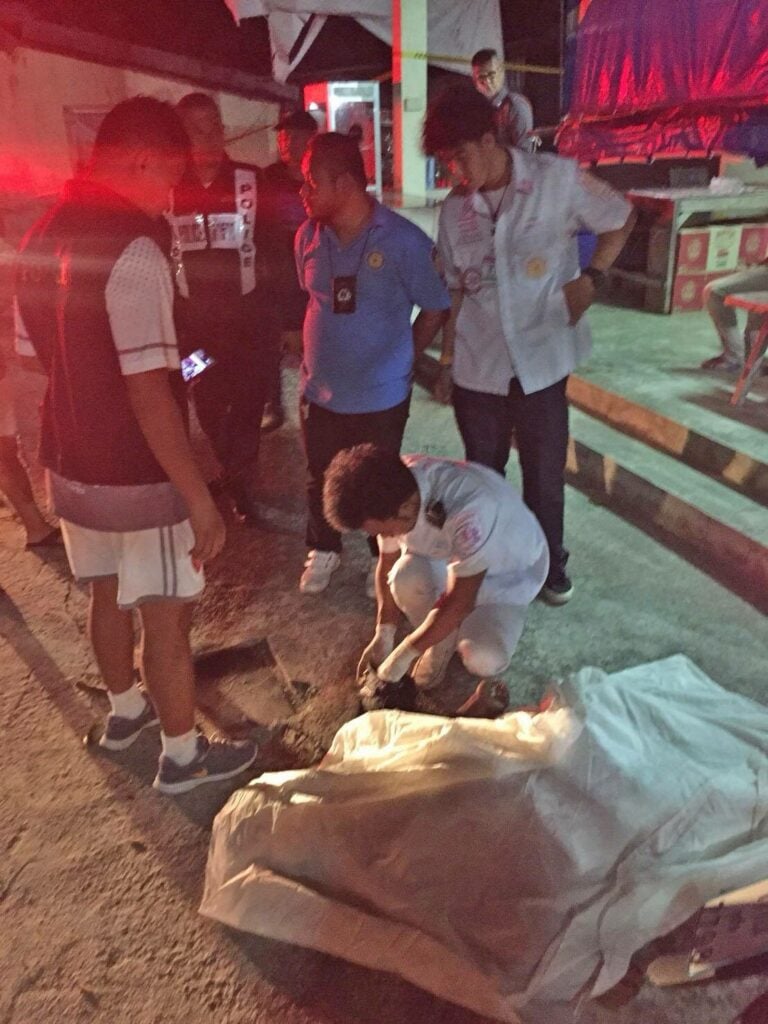