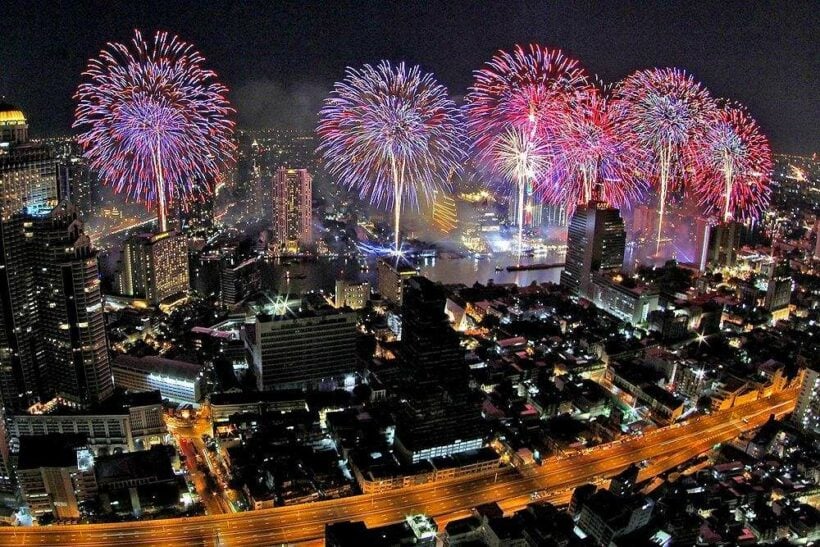 The Amazing Thailand Countdown 2019 was held at the new riverside shopping hub Iconsiam last night as a “New Year present” for Thais and tourists. It was a joint venture between the capital’s newest luxury shopping mall and the TAT.

Large countdown crowds and fireworks kicked off 2019 at dozens of venues around Thailand, and a bright pink pig at Bangkok’s Siam Centre was a reminder of this year’s animal for the Chinese year of the Pig.

“Today is the last day of the year. Tomorrow we will begin 2562 B.E. I wish happiness and fulfillment to all citizens in the new year to come.”

The Bangkok feature event on the Chao Phraya featured amazing fireworks, a spectacular Khon mask-dance performance and a concert by Thai and foreign singers. Dozens of boats gathered on the Chao Phraya River to watch the impressive show.

The pyrotechnic show covered a distance of 1.4 kilometres along the Chao Phraya River – believed to be the longest of its kind ever organised on the banks of the country’s main waterway.

His Majesty King Maha Vajiralongkorn invoked the virtues of his father, late King Bhumibol Adulyadej, to protect Thais and help them be happy and healthy in the year ahead.

“May you all be in good spirits and morale with bright wisdom so you can serve as a strong and stable force for our country,” he said in a televised broadcast last night.

Meanwhile, hundreds travelled to Takhian Temple in Bang Kruai district of Nonthaburi to lie inside coffins for traditional funeral rituals. Participants believe the ceremony – supposedly symbolising death and rebirth – helps rid them of bad luck and allows them to be born again for a fresh start in the new year.

In Phuket thousands gathered along Patong’s beaches, amid tight security, for another spectacular welcome to 2019. Despite early evening showers, the crowds were huge in the party town and at other main beaches around the island as well as the local favorite on the east coast, Saphan Hin.

Happy New Year to all our regular readers of The Thaiger. May 2019 be prosperous and healthy for you all!!