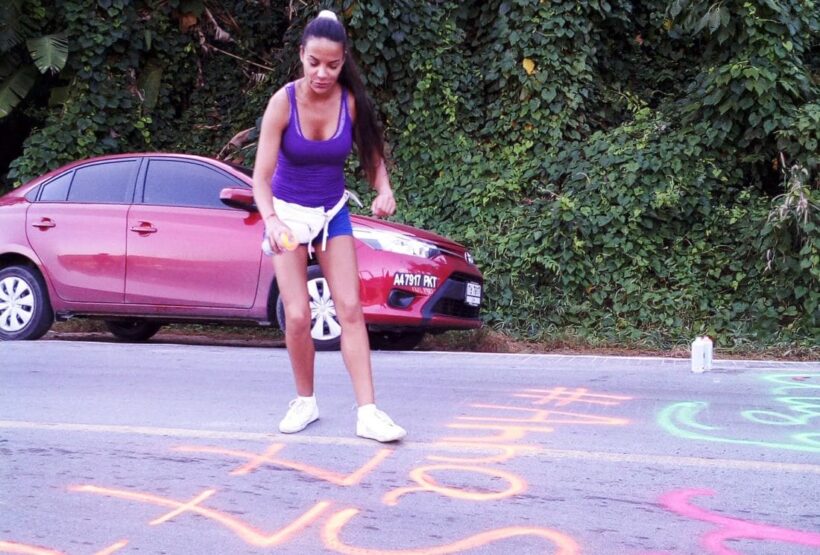 A video is being shared on social media of a Russian speaking woman caught red handed spray painting all across a road in Rawai, Phuket.

Facebook user Patthama Bruno was out on her morning run when she saw something a little out of the ordinary and decided to share it online. In the video we see a woman finishing off a graffiti in the middle of the road, who seems unfazed by anything around her.

Patthama can be heard asking her if she knows its prohibited to do this, to which she is responded with “again”, while another person can be heard talking in the background.

The video has already been shared over 300 times and has 800 views, with Patthama gaining great praise in the comments for her act as a good citizen.