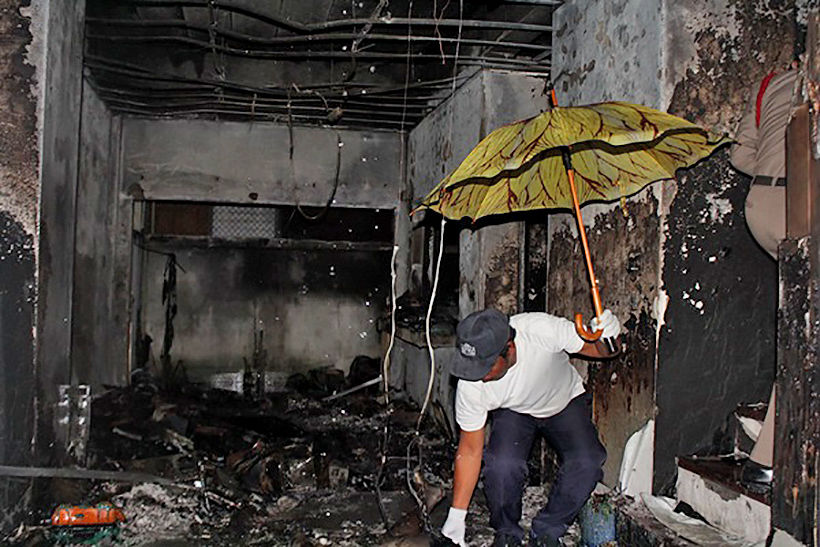 This morning around 3am the Ratsada Municipality fire fighters received a report about a fire at a house in Srisuchart Grand Ville village. The incident killed a two women as well as injuring two of the house owners.

The team brought two fire trucks to the scene along with an extra truck from Phuket municipality. It was a 2-storey town house on fire, on both floors, and there was a lot of smoke making it difficult to extinguish. It took about an hour to control the blaze.

The officers found 2 injured, 37 year old Chumpon Jitwarin and 27 year old Darin Panyarot, the owners of the house. After investigating the house inside, the team found two bodies. One was in front of the door on the ground floor and the other inside a bedroom on the upper floor. Their bodies were burnt beyond recognition.

They were later identified as 25 year old Supak Chantarat and her 23 year old partner Chuleeporn Hembut. Their bodies were send to Vachira Phuket Hospital for an autopsy.

22 year old Akkapon Songchoo, the neighbor who witnessed the incident, said that at about 3.30am his brother and sister heard a noise that sounded like glass breaking so they went out to check and found that there was a lot of smoke coming out of the house from both floors, so they rushed to the scene and asked for help.

They also saw two people jumped from the second floor and were injured when they hit the ground. They all tried to break the glass door at the front of the house to help the other two stuck inside, but couldn’t.

The man dragged the water pipe from his house to try to extinguish the flames but the fire was too strong at this stage.

Boonmee Jitwarin, the father of Chumpon, one of the house owners, said that his son and his daughter-in-law lived in the house. His son is a pork butcher in a market.

The casualties are the niece of his daughter-in-law and her girlfriend. They only moved in 3 months before the incident. Forensic police are currently investigating the scene to identify the cause of fire. They believe that the fire started on the ground floor before expanding to the upper floor. 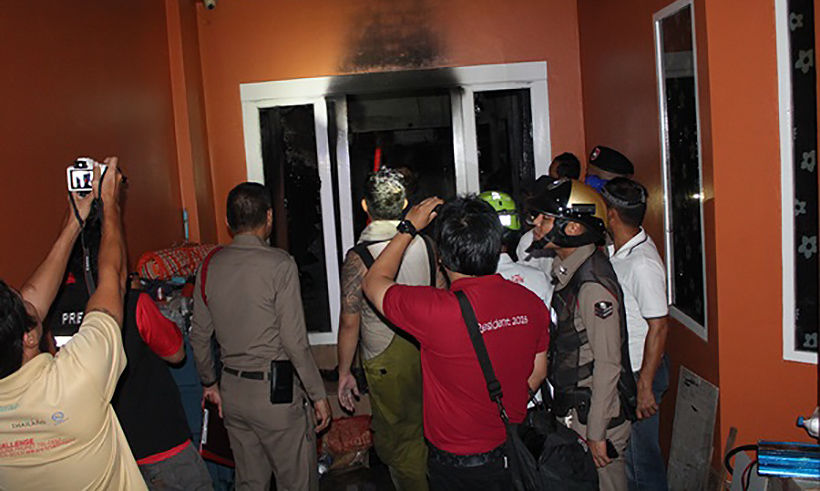