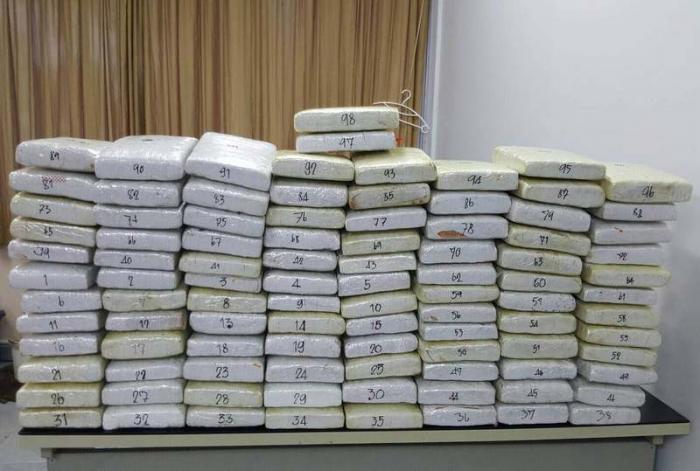 Col Prawit Suttiruengarun told the Phuket Gazette that the police arrested a Trang man after ordering the vehicle to stop for a routine search. The man, who police have identified as 37-year-old Annop Dueramare, reportedly attempted to drive away after the officers uncovered the cargo, but the effort was foiled.

Mr Annop was charged with possession of a category 5 drug.

He reportedly told police he was acting as a courier between a supplier in Surat Thani province and a buyer in Phuket.

“Mr Annop confessed that he got the marijuana from a ‘Ms Koong’ at Surat Thani train station,” Col Prawit said. “He was then to transfer it to someone who was supposed to call him when he arrived in Phuket.”

Police declined to tell the Gazette if the call came through or not, saying only that their investigation was ongoing.