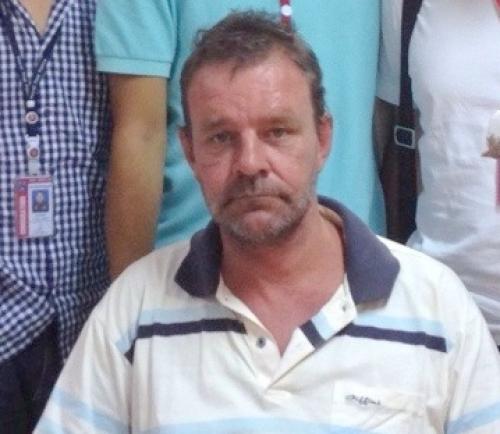 PHUKET: Phuket Immigration officers today arrested a British man for drug possession and for overstaying his visa by more than two* years.

The arrest was made at the same resort, off Taina Road in Karon, where a Swedish man was arrested on drug charges last Thursday (story here).

“At 11:30am, we received a report from our undercover officers to investigate Stephen Peering, a 45-year-old British man who was staying at the resort,” Capt Angkarn Yasanop of the Phuket Immigration Police told the Phuket Gazette.

“We arrived at room 201 and asked Mr Peering to see his passport, but he told us he had lost it,” Capt Angkarn said.

“We smelled drugs in his room, so we asked to search the room and found a small bag of marijuana in the drawer near his bed,” he added.

Mr Peering admitted that the marijuana belonged to him and that he was a “recreational smoker”, Capt Angkarn said.

“He was allowed to stay in the country until March 7, 2011,” Capt Angkarn explained.

Mr Peering was charged with possession of a Category 5 narcotic and for staying illegally in the country.

“We took him to Karon Police Station for further questioning and to have the charges formally pressed against him,” Capt Angkarn said.

* The original copy of this story stated the man had overstayed more than one year.