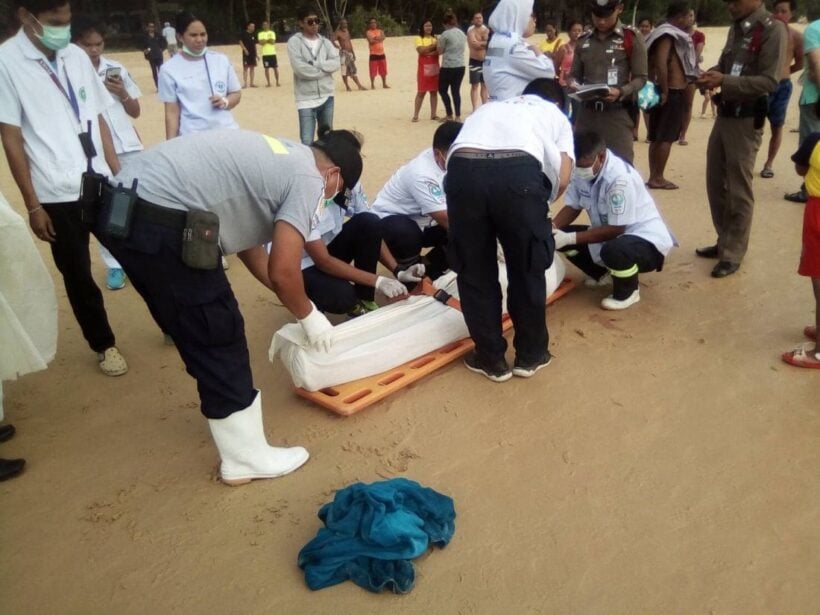 An unidentified body has been found floating at Nai Thon Beach, on the northern coastline of Phuket.

Sakoo Police were notified of the discovery from Nai Thon Beach lifeguards around 4pm yesterday (Wednesday).

Police along with the Phuket Tourist Police and rescue workers arrived to find the body of a foreign man who was only wearing swimwear.

Witnesses told police that while they were swimming nearby they saw the body floating past. Shocked, they immediately called out for lifeguards.

The body was retrieved from the water and brought to the beach. Bruise wounds were found on the man’s neck and blood was also coming out of his ears. His body was taken to Thalang Hospital for further examination to find the cause of death.