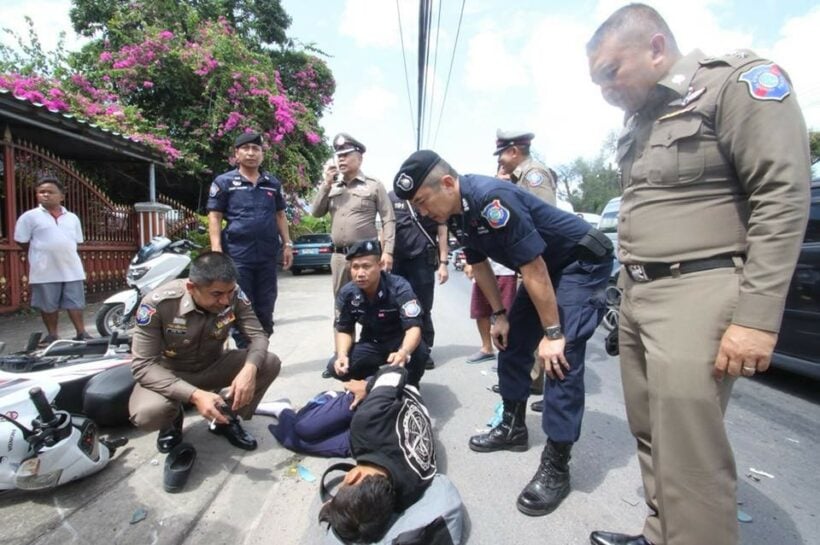 Deputy Commander of the Tourist Police Bureau based in Bangkok, Maj Gen Surachete Hakparn, ordered his team to stop they convey of official vehicles to help a student who had been hit in Phuket Town this afternoon (Aug 3).

Maj Gen Surachete reported that he saw the accident while he and his team were on their way to appointments in Phuket.

A motorbike had been hit by another vehicle in Soi Surin 3 in Phuket Town. Surachete ordered his cars to stop. Officers got out to help the student from the Phuket Technology college. 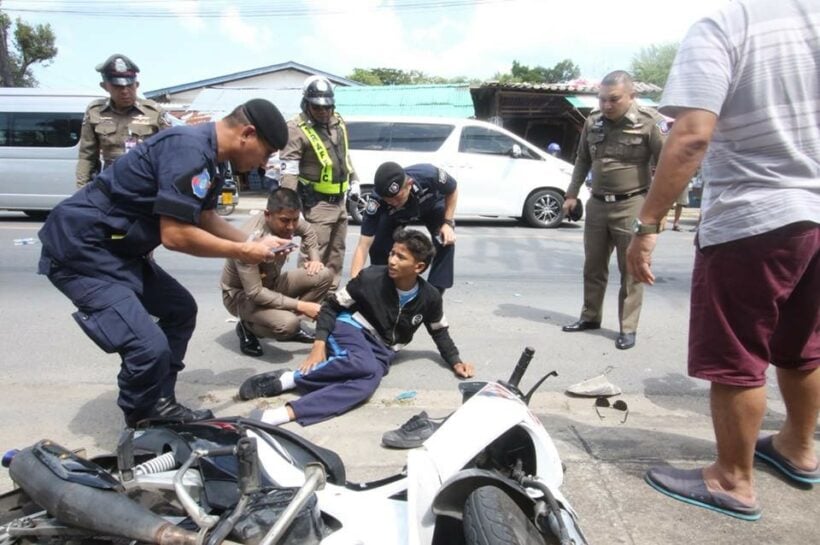 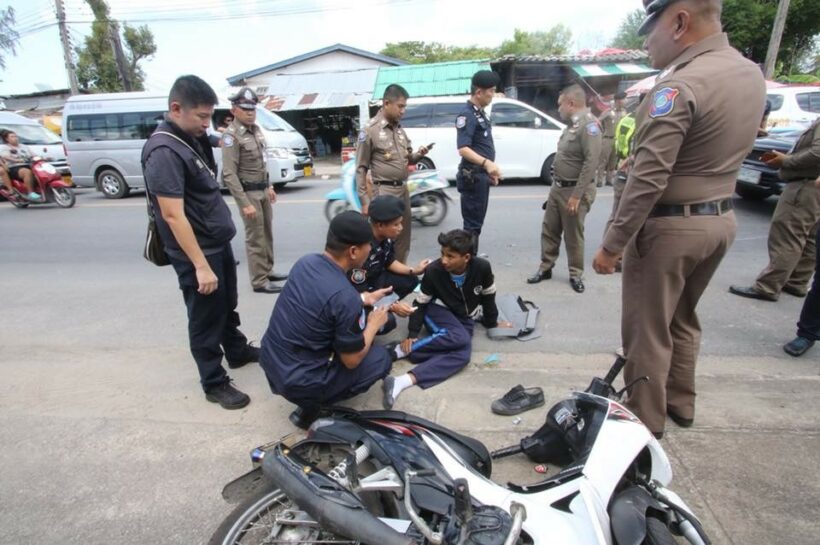