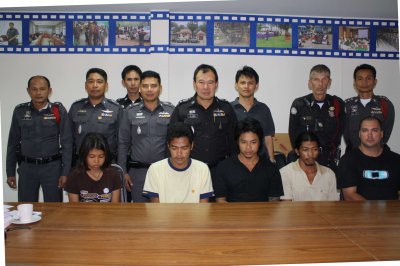 PHUKET: An Australian man arrested for possession of marijuana in Phuket faces a possible prison sentence of up to a year and a fine of up to 20,000 baht.

Richard Beaver, 28, was arrested on March 16 by Chalong Police and presented in court the next day.

The tourist, who is currently out on bail, is awaiting formal charges to be filed by the prosecutor, a process that can take up to 84 days.

Mr Beaver entered Thailand on March 10 and planned to stay for one month.

“Right now we are still investigating and collecting evidence and it may take a month until we can send the case to the prosecutor. After that, it is up to the prosecutor to decide on a trial date,” said Duty Officer Tianchai Duangsuwan.

“Although out on bail, the suspect must remain in Thailand until the conclusion of the case,” he added.