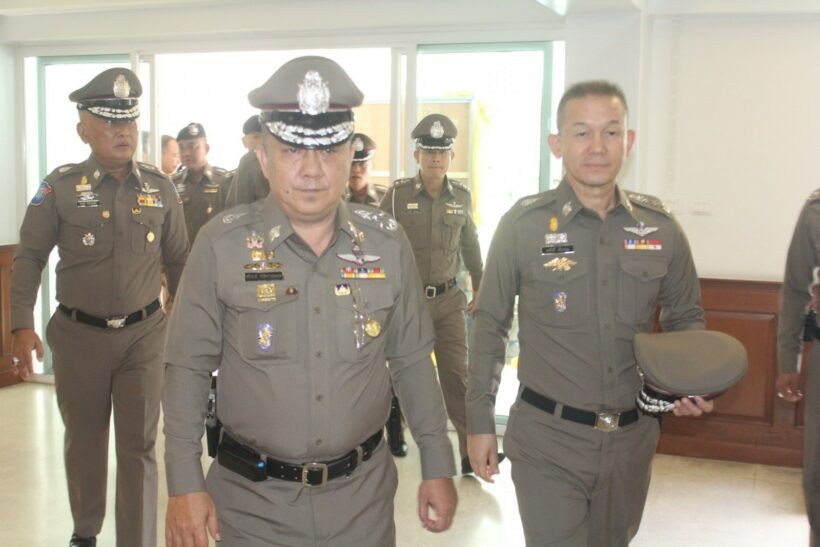 Deputy Commander of the Royal Thai Police, Gen Sriwara Rangsiphramnakul, is urging police investigators to push on in the possible case against the owner of ‘Phoenix’ in order to request an arrest warrant as soon as possible.

In the latest revelation, 27 passengers on the boat were found not to wearing life jackets at the time of the sinking.

Gen Sriwara flew down from Bangkok to follow up on the investigation into the ‘Phoenix’ and ‘Serenata’ boat sinkings in a meeting at the Phuket Provincial Police Station.

It was revealed that up to 27 passengers didn’t wear life jackets on the boat.

The Phuket Marine Police also informed the General that the ‘Serenata’ is now being salvaged.

Gen Sriwara has ordered police to request a search warrant for the Thanawat Engineering boat construction shipyard in Rassada in order to collect more evidence about the ‘Phoenix’, it’s plans, certification and construction.

Gen Sriwara also ordered to an investigation into relevant officers who may have been involved in the boat’s certification and registration.

Gen Sriwara is pushing to progress the case. He says that anyone found to be involved in this tragedy will be prosecuted to the full extent of the law. He said he wanted arrest warrants to be issued against alleged offenders in the case, including the owner of ’Phoenix’, so they could be questioned further.