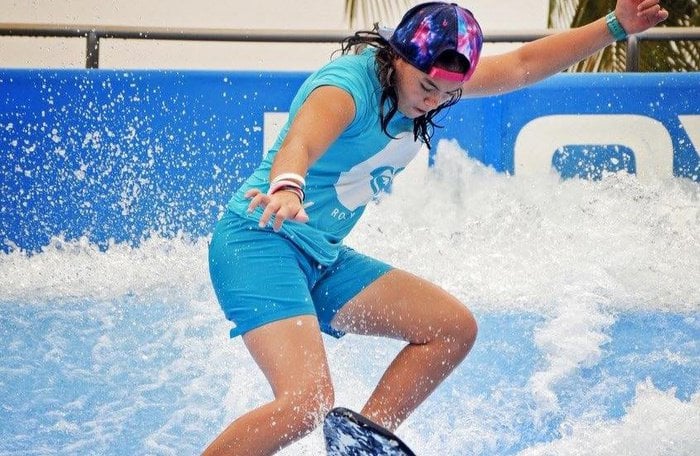 PHUKET: Phuket’s own surf superstar, Annissa Flynn, is about to take on the world.

Already a well-respected pro on Asia’s surf scene, for the past two year’s Anni has been working her way up the rankings for the new water-bound sport, flowboarding, where the surf runs uphill.

The flowboarding phenomenon is spreading across Asia, with artificial surf machines popping up all over the region. It’s popularity in Southeast Asia encouraged the organizers of the World Flowboarding Championships to hold the finals at Flow House Bangkok this on November 14-15.

Fresh from her win in the Asian Womens Pro Finals, staged at the Cartoon Network Water Park in Pattaya, Anni will now be up against the best in the world in Bangkok, with Team USA looking to defend their World Title in Bangkok for the fifth consecutive year.

Anni’s focus will be on the individual world title, where she will be up against Asia champ, Ili Lim, and the United States’ flowboard supremo, Xana-Kai Nash.

With a cash prize purse of US$10,000 up for grabs this year, this weekend’s battle at Flow House Bangkok will be intense.