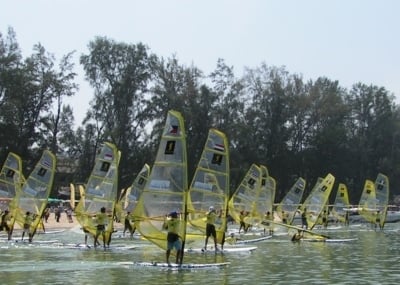 Following a welcome speech by Phuket Vice-Governor Worapoj Ratthasima at the Indigo Pearl Hotel at Nai Yang Beach, the windsurfers set off towards Surin Beach when the start of the race was signaled by a siren at 12.10 pm.

Prizes will be awarded by the Tourism and Sports Minister Suwit Yodmanee during the closing ceremony on Saturday at The Royal Phuket Yacht Club, Nai Harn, from 7 pm until midnight.