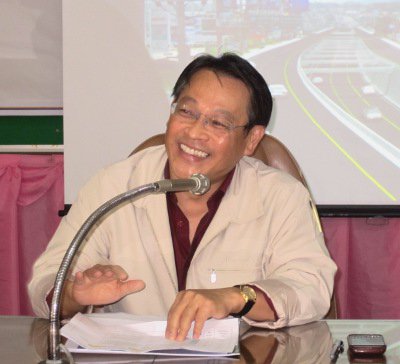 PHUKET: Pheu Thai MP and former Finance Minister Suchart Thadathamrongvech today announced that work on the much-debated underpass at the Darasamut Intersection (also known as the Central Festival Intersection) will start this year.

The news was announced this afternoon at a public meeting at the Phuket Community Hall, near Phuket Provincial Hall, in Phuket Town.

Sriyada Palimaphan, Secretary to the Minister of Social Development and Human Security and coordinator of the ministry’s projects in Phuket, confirmed that Cabinet has approved the 600 million baht in funding required for the project.

“The project will start this year. Once complete, the tunnel will open with three traffic lanes,” she said.

Mrs Sriyada added that another underpass, planned for the nearby Samkong Intersection (also known as the Tesco Lotus Intersection), will have to wait.

“We should build both underpasses at the same time, but Prime Minister Yingluck first has to deal with the damage caused by the floods in Bangkok. We will continue to push for the Tesco underpass and I believe we will have the funding for it by next year,” she said.

Although now performing a high-level ministerial function in Bangkok, Mrs Sriyada has a long history with Phuket. She represented Phuket as a Thai Rak Thai MP in the Thaksin administration after winning the seat with just over 8% of the electorate in Phuket Voting District 1. She also married the former prime minister’s cousin Saravuth Shinawatra.

However, Phuket Provincial Highways Office chief Arun Sanae, who was not at the meeting, told the Phuket Gazette that if work on the underpass does start this year, it is likely to be late in the year.

“The project will fall under the responsibility of the Ministry of Land Transport. First of all, they have to find a construction company. It will take some time to do that,” he said.

“They should complete the bidding process and have selected a construction company for the project by the end of the year, but this takes time. There are many steps involved in starting work on a project like this,” he told the Gazette.

The Gazette notes that in 2004, then-PM Thaksin rejected outright a proposal to build the same two underpasses at a combined cost of 800 million baht, saying that one tunnel long enough could be built for 600mn baht.

Incumbent Phuket MPs Anchalee Vanich Thepabutr and Raywat Areerob, both Democrats, were not present at the public meeting, either.

Phuket records second day without death on the roads