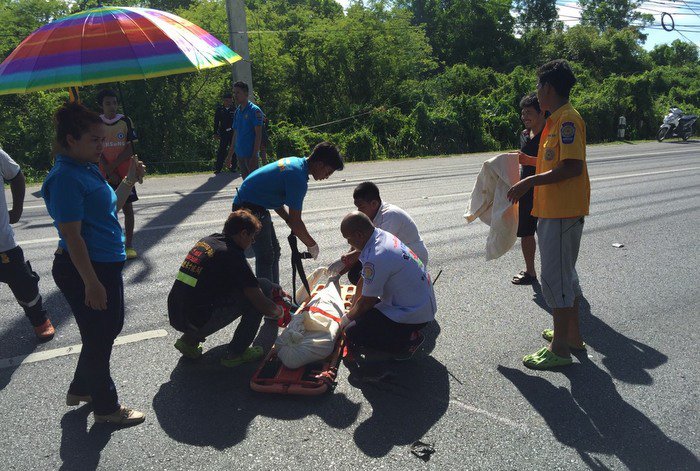 PHUKET: A 78-year-old woman was killed by a pick-up truck as she attempted to cross Phuket’s busy Thepkasattri Road yesterday.

Sian Phetlamul had just disembarked from a local songtaew after visiting relatives and was crossing the road on her way home, her relatives told police.

“The truck driver, 27-year-old Sutjaiai Sriphut, was driving from Phuket Town with his mother-in-law to pick up vegetables and fruit from Nakhon Sri Thammarat,” said Maj Santi Prakobpran of the Tah Chat Chai Police.

“As he was driving, he noticed Ms Sian near the side of the road, but did not realize that she was going to cross it until it was too late.”

Mr Sutjaiai immediately pulled over and called rescue workers and police. He was charged for reckless driving resulting in death.