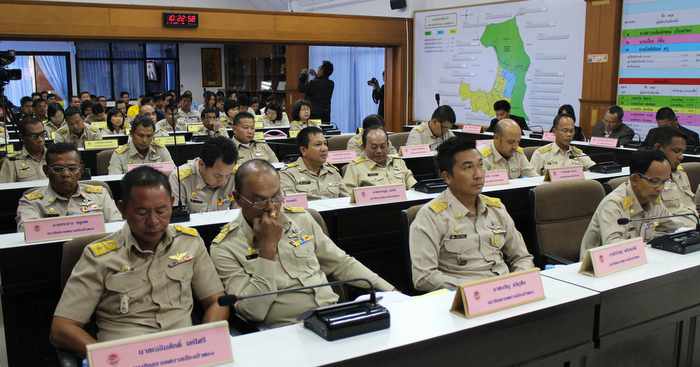 PHUKET: Patong will soon have a network of public vehicles that will circulate at regular intervals, charging a reasonable fee for a ride, if the town’s new mayor has her way.

In an exclusive interview with the Phuket Gazette today, Mayor Chalermluck Kebsab and an associate outlined the system that they would like to see replace taxi ranks in the popular beach town.

“With the taxi booths gone, we have the opportunity to create a system of public transportation in Patong,” Ms Chalermluck said, adding that the displaced drivers could find jobs in the new system.

“We are envisioning public vehicles that circulate 24 hours a day on a fixed route,” said the associate who devised the plan, but asked not to be named.

“The cost would be between 20 and 50 baht, but that needs to be discussed with the Phuket Land Transport Office and the Governor’s Office, as well as tut-tuk and taxi representatives,” said Ms Chalermluck.

“The goal is to agree on a price that covers operating costs and is reasonable for users, both tourists and local people.”

The drivers’ jobs would be stable and offer a fixed salary.

Patong Municipality would control how drivers operate the queue and help fix any problems that might arise, Ms Chalermluck’s colleague explained.

A meeting is scheduled for tomorrow to develop the plan in more detail.

Ms Chalermluck spoke to the Gazette at the conclusion of her first council meeting where the quorum of nine council members was met. The first meeting, on May 30, was boycotted by supporters of the former Patong mayor, Pian Keesin, and a quorum was not reached (story here).

Today, however, all council members were present as Ms Chalermluck outlined her plans.

“In addition to managing the taxis, we will focus on flooding, as the rainy season is here,” Ms Chalermluck said.

Other items on her agenda are problems with traffic, the environment, education and privatization of public areas.