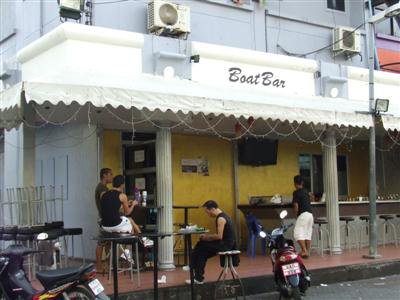 PATONG, PHUKET: A DJ at the popular Boat Bar in Patong was found dead in his bedroom above the venue last night.

Colleagues found Mr Ratchanon, who was from Bangkok, dead on his bedroom floor at around 8pm.

Boat Bar, located on the access road to the Royal Paradise Hotel, is one of many venues in the area that cater to gay tourists.

Kathu Police Inspector Sophon Borrirak said there were no signs of foul play or robbery at the scene, on the fourth floor of the building.

An examination at Patong Hospital suggested Mr Ratchanon suffered from diabetes, asthma and high blood pressure, in addition to being overweight.

Mr Ratchanon’s mother and younger sister today arrived on the island to take his body for cremation.