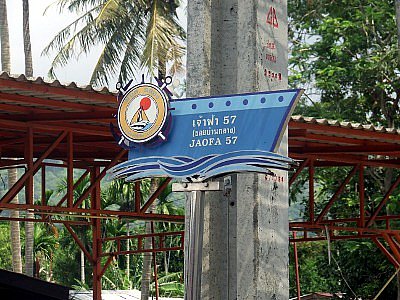 PHUKET: A couple who moved into their new Phuket home in a quiet neighborhood yesterday have already reported their house being burgled – and losing valuables totaling about one million baht in the process.

They had not spent a single night in their new home before they were robbed.

“We spent Wednesday night next door and we left the house to get some food at about 5pm yesterday,” said his girlfriend.

“We came home about an hour later and found a wooden stick lying at the front door. Lars unlocked the security door and rushed inside to find his bag was missing,” she added.

Gone with the bag were a gold necklace, a gold bracelet, three gold rings, a mobile phone and Mr Lindgren’s passport.

The mosquito screen on the security door was broken open.

The couple believe the thief used the stick to break through the mesh and reach through the door to retrieve the bag, which was sitting on a counter just a few meters from the door.

They also found that the girlfriend’s handbag, which was sitting beside a window, had been emptied of her ATM and credit cards, some “important documents” and cash, and her bank book.

The mosquito screen on the window, which had security bars, had also been broken open.

“I’ve been in Phuket three times and I really like it, so I bought this house,” said a downhearted Mr Lundgren.

The couple transferred the money – 10 million baht – to buy the property on Wednesday.

“The house is very nice and quiet; that’s why we chose it, but somebody was probably watching us. It’s just bad luck,” he said.

“I lived in Australia for 32 years and I was supposed to run a property business in Phuket as I used to work in real estate, but now I have to stay in the house for awhile to organize everything as we will sell this house,” Mr Lundgren said.

The couple now plan to move to Bangkok.

“He sold everything in Australia to move here. Now we’ve lost heart and we’re planning to move. I quit my job in Bangkok. Now I have to go back and ask for my old job back,” she said.

Mr Lindgren said he had not had time to take out home and contents insurance.

Chalong Police are continuing their investigation into the robbery and the embassy has been notified of the passport loss.

Next-door neighbor Sujintana Roll, 49, told the Phuket Gazette, “My house used to get broken into, but that was many years ago. This area hasn’t had any robberies since.”