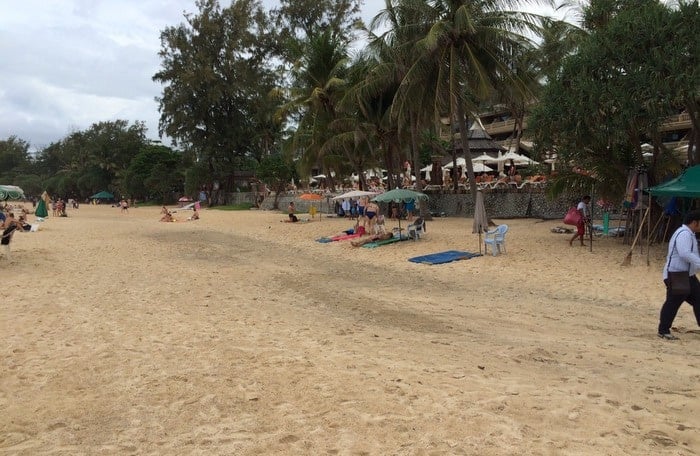 “The problem, which was caused by officers fixing some pipes, was blown out of proportion by people sharing photos and spreading rumors on social media sites,” Wanchai Saetan, director of Karon Municipality’s Engineering Division, told the Phuket Gazette.

A team from the office emptied the wastewater container abreast the popular tourist beach before shutting off the pump to work on the broken pipe. However, sudden heavy rain delayed the work Thursday afternoon and caused the container to fill and spill the leftover wastewater, explained Mr Wanchai.

“We originally expected it to take two just hours to fix the pipes. However, the pipes were more severely damaged than we had realized, so the job wasn’t finished until 3am,” Mr Wanchai said.

The team had started at about 5pm on Thursday.

“Once we were done, we made sure that everything was cleaned up for Friday morning. I don’t understand why people are making such a big deal about this.”

Mr Wanchai asked anyone who sees problems such as wastewater flowing over the beach to immediately contact the municipality, rather than posting the images on Facebook.

“I know everyone is trying to help Phuket, but in a situation like this, posting those images can destroy the image of Karon Beach, as well as Phuket.”