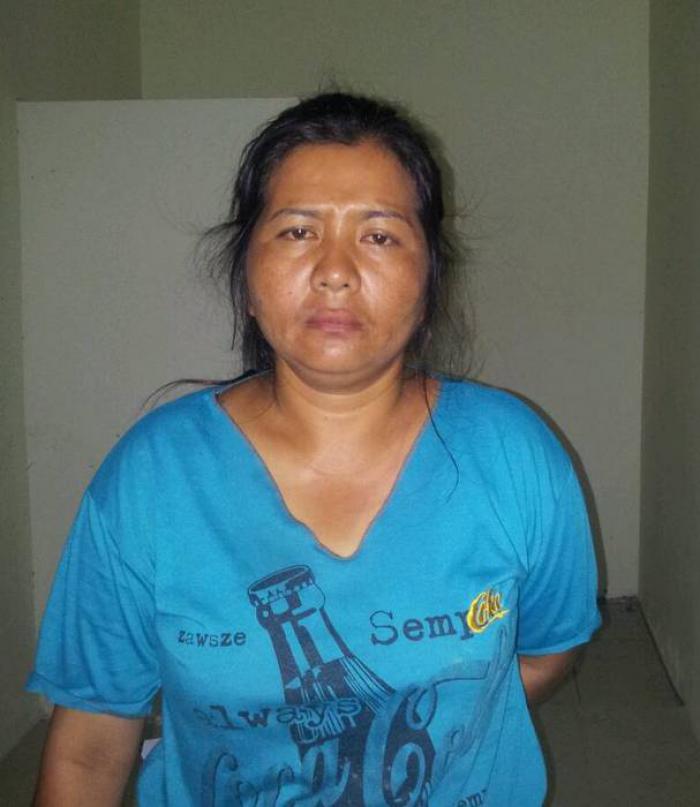 PHUKET: A woman wanted for car theft since 2012, with outstanding arrest warrants in every district of Phuket, was arrested yesterday in Cherng Talay after being recognized by police.

Ms Sukanya rented cars from rental agencies and never returned them, selling them instead or demanding money from the agencies to return them, explained Lt Col Sommai.

She has allegedly stolen 52 vehicles since 2012, he said. In 2012, police recovered 16 vehicles connected to Ms Sukanya that they believed were bound for sale in the Deep South or neighboring countries.

In addition to Cherng Talay, arrest warrants had been issued for her in Phuket City, Thalang, Chalong and Kathu, added Col Sommai.

“She has been previously arrested for gambling,” he noted.

“It’s not clear yet whether the charges from the different stations will be put together and sent to court or whether she’ll be prosecuted separately,” said Cherng Talay Superintendent Paworn Pornpromma.

“Right now, we are questioning her about accomplices. We believe she could not have done all this alone,” said Col Sommai.

One person police are searching for is Supaluck Krutmanee, 44, who served as guarantor when Ms Sukanya rented the vehicles.

Ms Sukanya developed a method for building trust with rental operators before she stole their merchandise, Col Sommai said.

“She would rent a car just for a day a few times, until the operators grew familiar with her. Then she would rent the vehicle for a month but never return it.”

Kwanjai Kaewsopa, a rental operator in Cherng Talay, said that Ms Sukanya asked her for money in exchange for returning a vehicle.

“I didn’t send the money, but filed a complaint with the police. Ms Sukanya never got back to me.”

Rattana Woranut, a rental operator at Surin Beach, had a similar tale.

“Two years ago she rented from me. In the first two months, she was a very good customer, but in the third month she stole my vehicle,” Ms Rattana said. “It was brand new. I had to sell some of my assets to keep up the car payments every month.”

“I’m glad she was arrested, and I hope I get my car back.”