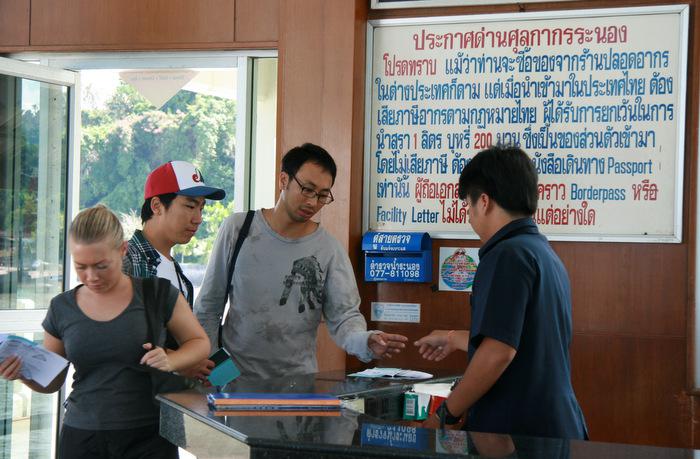 PHUKET: Officials at Ranong Immigration today confirmed to the Phuket Gazette that they are turning away any foreigners attempting to enter Thailand after using three consecutive “walk-in” visas.

The news follows reports of immigration officers allegedly stopping Phuket expats on visa runs to Ranong from exiting the country. Ranong, nearly 400km north of Phuket, has for decades been a prime destination for foreigners conducting “visa runs”.

“We began enforcing the rule from May 3 [Saturday] after receiving an order from Bangkok,” an officer at Ranong Immigration told the Gazette on condition of anonymity this morning.

“We have already spoken with several foreigners and strongly advised that they do not exit Thailand to arrive in Kauthaung [in Myanmar], as there is no Thai embassy or consulate there.

“We explained that if they went and tried to re-enter Thailand without first obtaining a visa from a Thai embassy or consulate, we would have to refuse them entry because they would have already entered Thailand three consecutive times on ‘visa exemption’ status.”

Any foreigners who ignore the advice risk being stranded in Myanmar, the officer warned.

The officer explained that the crackdown on the “three-visa-and-out rule” was aimed at catching foreign criminals staying in Thailand.

“This is just the first step in a crackdown on expats and tourists who keep renewing their visas so that they can live in Thailand for the wrong reasons,” he said.

“Some foreigners live here and form their own ‘networks’ to carry out illegal business. Some of the people we are targeting are known associates of international criminals.”

Visa run companies in Phuket have been notified of the situation, the officer assured.

“These companies can explain the rules to foreigners before they book them on a visa run,” he said. “This will help avoid any problems at the Ranong checkpoint.”

“As I said, this is just the first step as we attempt to root out foreign criminals. The next step might be tougher than this one, but law-abiding foreigners should be aware that we are not picking on any particular nationalities – criminals are the ones we want to catch.”

Any foreigners caught overstaying their permit to stay are subject to a fine of 500 baht per day, up to a maximum fine of 20,000 baht.