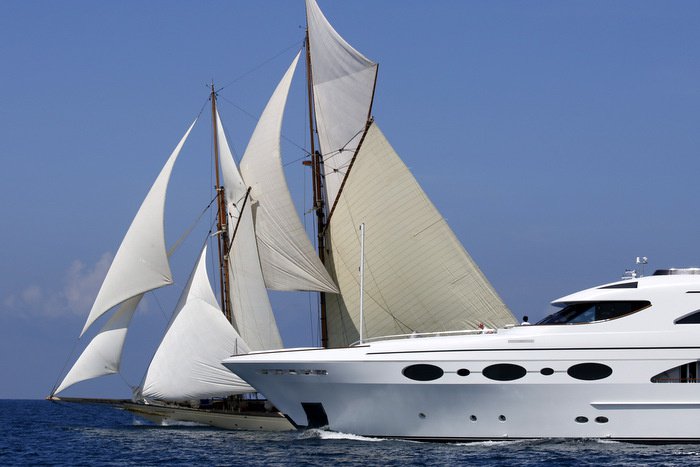 PHUKET: Changes in visa and chartering legislation to secure the island’s position as the top yachting destination in the region are necessary, Tourism and Sports Minister Kobkarn Wattanavrangkul told the Phuket Gazette in an exclusive interview on Tuesday.

“Prime Minister Gen Prayut Chan-o-cha wants to make Thailand a world-class hub for yachts and cruise boats in Southeast Asia – and we think Phuket is ready for that,” Minister Kobkarn said. “I am aware that Thailand has to change some regulations to develop our tourism in response to heightened competition from other yachting destinations in the region.”

Following a meeting with Governor Nisit Jansomwong and Gulu Lalvani, chairman at the Royal

Phuket Marina, on January 16, Ms Kobkarn vowed to raise concerns voiced about yacht crew visas and the chartering of foreign-flagged superyachts at a Cabinet meeting slated to take place in early February.

Current legislation allows boats entering Thai waters to remain for six months. However, captains and crew receive visas on arrival or entry on visa-exemption status, which allow stays of only up to 30 days.

“I will talk [with Cabinet members] about what we can do concerning yacht crew visas. Actually, the government has been talking about [making changes to] other types of visas that would be best for the country,” Ms Kobkarn said.

“I give my full support to tourism, but there are of course internal security and safety measures that must be considered. The Minister of Foreign Affairs is in charge of visas, so, as you can see, this is beyond my authority to approve.”

Mr Lalvani had noted during their discussion that though Phuket is “miles ahead” of Langkawi, Malaysia, as a yachting destination, current legislation was a barrier for foreigners wanting to base their megayachts in Phuket.

“People who own yachts are above-average wealthy individuals, which is the kind of tourist we want to attract to Phuket,” Mr Lalvani told the Gazette. “We have enough volume, what we need now is people with money who can support the economy.”

Foreigners who own foreign-flagged yachts in Thailand must register them in the Kingdom and pay 7% VAT to charter them – a stark contrast to the warm welcome offered by Langkawi, Mr Lalvani pointed out.

“One of the reasons Phuket is among the best destinations in the world is because people can go boating all year round,” Mr Lalvani said. “Even in the peak of the rainy season, there is still beautiful sailing on the east coast – the water is very calm and pleasurable for boating, while the west coast is less protected from May through September.

“My aim is to make [Phuket] like the Riviera in the south of France; don’t just stay at a beautiful hotel, but charter a luxury yacht for a week or two.

“Allowing foreigners to charter their yachts will bring Thailand more tourists and establish the island as a yachting destination on par with the rest of the world, as it will allow wealthy tourists a larger choice of luxury yachts to choose from.”

Ms Kobkarn confirmed to the Gazette that she will also table issues about foreign-flagged superyachts being used for charters.

“We will look at what can be done to decrease the VAT to support yacht tourism. However, this will take time,” she said.

“We have to work step by step to make changes to support superyacht tourism. At this stage, I have no idea when we can make such changes. Other ministries must be consulted and the subject must be debated to determine what is the best for Thailand. I can’t do it alone.”

The minister’s strong stance in pushing for legislation to develop the yachting industry in Phuket follows Minister of Transport Air Chief Marshall Prajin Janthong heading a meeting on the island pushing for multi-million-baht harbor expansion at Phuket’s Deep Sea Port.

“When PM Prayut Chan-o-cha was informed about the project, he insisted that I work together with the ministries of Tourism and Sports, Finance and the Interior to expedite the project. He sees it as a great opportunity to bolster the tourism industry and the image of Thailand,” said ACM Prajin.

The development is designed to establish the province as the main port of call between Singapore and Myanmar for cruise ships and yachts.

Despite Governor Nisit standing firm in his belief that Phuket could successfully carry out the port expansion project, he explained to the Transport Minister that there would be bumps in the road.

“We could face some issues with launching this project, such as the environmental concerns associated with it,” he said.

Since 2011, Phuket officials have been trying to get the required Environmental Impact Assessment (EIA) passed so that the project could officially begin.

Governor Nisit also explained that Chaophaya Terminal International Co Ltd, which has the government concession to operate Songkhla and Phuket ports, has already drawn up the expansion plans for the port.

“Chaophaya Co Ltd has put the project on hold for now, as the Treasury Office regulations now allow only one-year concessions for use of marinas. The company does not want to go ahead with the project if they have only one year to complete it,” Gov Nisit confirmed.

Thailand, Malaysia to face off at Aussie Rules match in Phuket

Super Bowl XLIX: Seahawks vs Pats in the “Duel in the Desert’