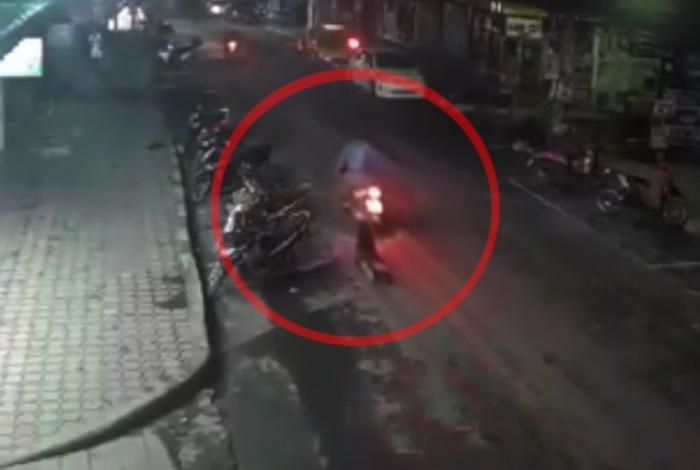 SAMUI: Two motorcyclists who dragged a woman behind their motorbike while attempting to steal her bag at Chaweng Beach in Koh Samui last week were arrested early yesterday morning.

The CCTV footage of the incident, which featured Kanitta Krawwer, 32, being dragged by her bag’s shoulder strap as the two men attempted to steal it from around her neck, went viral on social media and amassed thousands of comments and shares.

The woman was dragged about 50 feet as she clung to her bag. Video: @togetherisone Facebook page

“Suspects Sarayu Kongkaew, 31, and Thana Roongroj, 28, were both apprehended and their motorbike confiscated at about 3am,” Col Taywes Pleumsoot of Bo Phut Police told Phuket Gazette reporters.

Ms Kanitta sustained bruises on her arms and legs, since she had been dragged for a distance of at least 50 feet.

The colonel said that prior to the suspects’ meeting in Koh Samui, Mr Sarayut had just gotten out of prison in January after serving time for a drug-related crime, while Mr Thana was released last August.

“We have charged them both with committing theft using a motor vehicle, endangering someone’s life, and bodily harm,” he added.