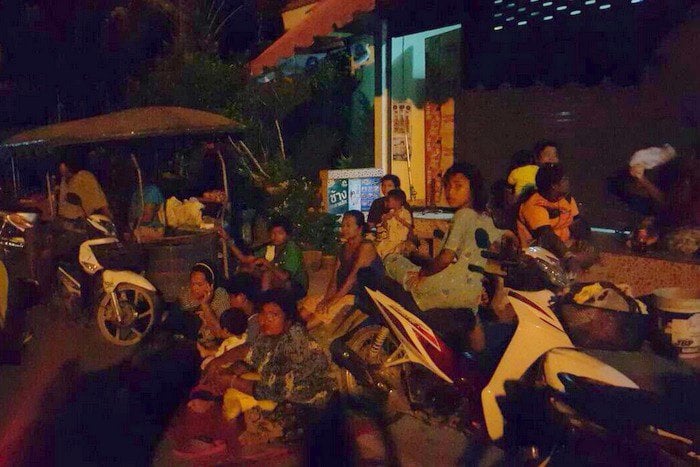 PHUKET: Island officials are aiming to educate local residents about earthquakes and tsunami warnings after the third earthquake to rattle Phuket in 24 hours sent Koh Sireh villagers running for the hills early this morning.

The quake, which measured 4.5 in magnitude, shook Phuket at about 12:30am. The Thai Meteorological Department reported its epicenter at 15 kilometers southeast of Phuket, about halfway between Phuket and Koh Yao Yai (click here).

It struck along the same fault line – officially called the Klong Marui fault – as the two earthquakes yesterday (stories here and here), but this quake occurred much deeper, about 11km below the earth’s surface.

“The earthquake caused a panic in the Koh Sireh community last night,” Santhawat Riwleung, chief of the Department of Disaster Prevention and Mitigation (DDPM) Phuket office, told the Phuket Gazette this morning.

“We plan to go to local villages, especially those of Koh Sireh and Rawai, and educate the residents about earthquakes along this fault line, as well as tsunami warnings.

“However, we will discuss our ideas with the governor first.”

“When I felt the shaking, I immediately ordered officers and residents to help evacuate locals. Some of the men stayed behind to watch over the homes, while others kept an eye on the sea level,” he said.

Mr Virat, however, admitted that they did not wait for a tsunami warning siren to go off before starting the evacuation.

“We did not hear any alarm sound from the warning tower, so we did not know if a tsunami was coming or not. We just ran. If nothing happened, we knew we could just go home,” he said.

The villagers stayed at the school until about 1:30am, when they felt it was safe to return home.

The news follows a press conference led by Phuket Governor Nisit Jansomwong after the first earthquake yesterday, during which he and other officials downplayed fears that the quake signaled potentially more destructive temblors from the same fault line in the future (story here).

“For an earthquake to cause a tsunami, it would need to be at least 6.5 Richters, depending on where the earthquake strikes,” Mr Santhawat told the press yesterday.

He added that the fault line along which all three quakes have shuddered was unlikely to unleash earth-shattering devastation.

“Earthquakes along this fault should not register more than 5 Richters, so please do not panic,” he assured.

Village deputy headman Wirat Pramongkit ordered his villagers to flee to the Baan Koh Sireh school until they could confirm that a tsunami wasn’t coming. Video: PGTV