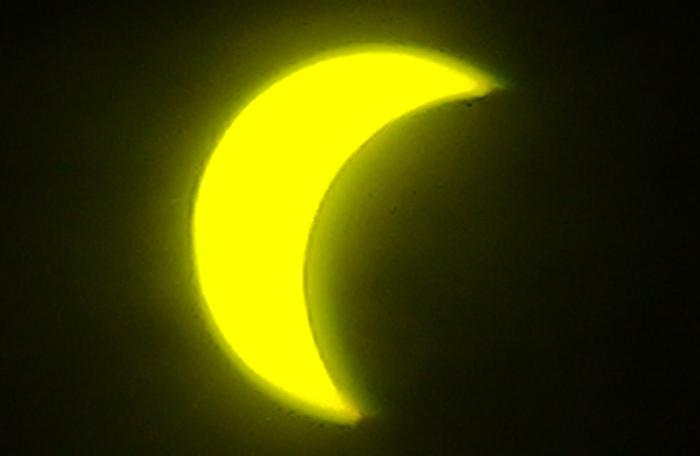 PHUKET: Phuketians were treated to a rare celestial spectacle this morning as the sun and moon crossed paths between 6:20am and 8:40am to create the first solar eclipse of the year.

Observers in parts of Indonesia were able to see a total eclipse lasting for about four minutes, as the moon completely blocked out the sun – an event so rare that it is only usually seen once every 360 years from the same location.

However, for sky watchers in Phuket, it was a partial eclipse, with the moon covering only about 60 per cent of the sun. Nonetheless, the eclipse over Phuket was an amazing event and unique in that the date marks the first supermoon of the year; when the moon is at its closest point to the earth in its annual cycle.

Only those located in the path of the Moon’s shadow (umbra) can see a total solar eclipse. The moon’s umbra is only a few hundred kilometers wide and travels eastward at about 1,056 mph (1,700 km/h). Because of this, even though solar eclipses happen about two to five times a year, not many people are able to witness them.