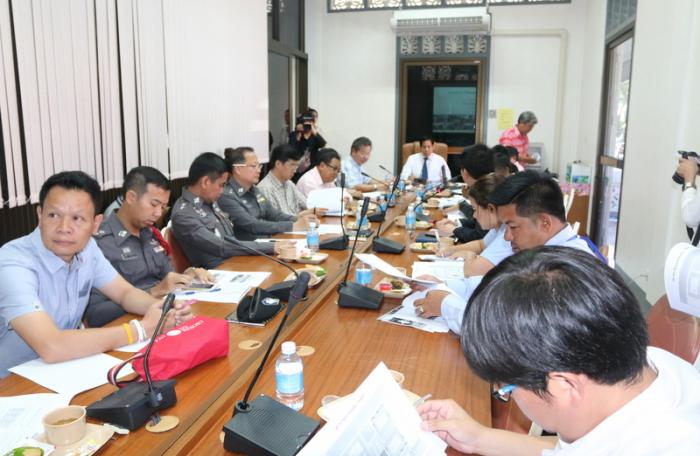 PHUKET: Preparations for the 2016 Thailand Beach Volley Festival Phuket powered by PTT are in high gear ahead of the international tournament to be held at Karon Beach, March 23-27 (story here), with security at the top of the agenda.

Phuket Vice Governor Prajiad Aksornthammakul said this morning that with more than 300 participants – about 100 athletes and 200 staff – coming to Phuket from 19 different nations for the tournament, safety and security were paramount.

As athletes and organizers are coming from as far afield as Argentina, Australia, Brazil, France, Germany, Slovenia, Turkey and the USA, there will be challenges with language barriers, said Vice Governor Prajiad.

Medical services for the volleyball players will be of high, international standards and there will be multi-lingual medical teams on standby, said the vice governor.

“Only emergency cases will be sent directly to private international hospitals. Otherwise, any athletes suffering minor injuries will be sent to government hospitals. Besides, most of the athletes arrive with health insurance in hand,” said V/Gov Prajiad.

Additional security measures to be put in place during the volleyball tournament include police checks on vehicles coming in and out of the venue, as well as at the Tah Chat Chai checkpoint. Airport security will also be bolstered during the games and police will be keeping a close eye on the area with CCTV.

“Security will also be tightened at the Woraburi Phuket Resort & Spa, where athletes and staff will be staying during the games,” added the vice governor.

For further information and entry forms for the tournament, please visit www.pentanglepromotions.com or https://www.facebook.com/Phuket.Thailand.Open.