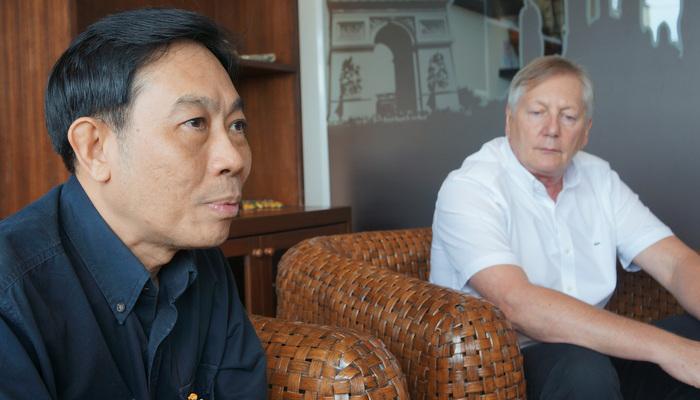 PHUKET: The Public Sector Anti-Corruption Commission (PACC) has proposed that two Chalong Police officers be charged for the extortion of members of the dive community following the conclusion of their investigation in Phuket (story here).

“We have collected enough evidence to prove that the allegations of extortion filed by 41 members of the Phuket dive industry are true,” said PACC Secretary-General Pravesana Mulpramook.

“We will present the evidence to the PACC board in Bangkok, and if the board agrees that we have a strong enough case, then we will move forward and press charges.”

Col Pravesana declined to name the officers until they were formally charged.

“The PACC board could charge the officers with extortion and abuse of power. If found guilty, the officers could face up to 10 years behind bars,” he said.

“In addition to the criminal charges, the two could face a disciplinary tribunal as well, which could end in them being discharged from the Royal Thai Police.”

If the board wishes to proceed with the case, the file will be sent back to Phuket and handed over to the Phuket Public Prosecutor for due process.

The charges stem from a roundup of dive instructors at Chalong Pier on March 10 (story here).

Charges of extortion lodged by 41 members of the Phuket dive industry against officers from Chalong Police Station has led to an investigation by a task force from the Public Sector Anti-Corruption Commission.