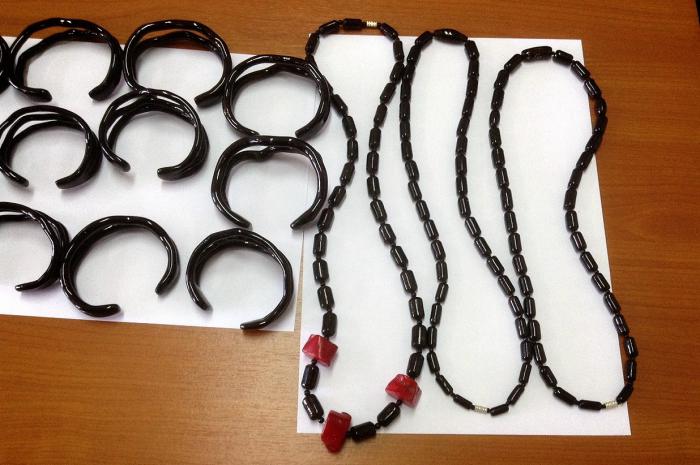 Acting on a tip-off, police apprehended Sarayut Maneerat, 39, at about 1pm, when he got off a bus from Krabi.

Officers found 111 pieces of jewelry made from sea fans, a protected marine animal, in his backpack.

Mr Sarayut confessed that the illicit items belonged to him and was charged accordingly.

Under the Wildlife Preservation and Protection Act BE 2535, Mr Sarayut faces up to four years in prison, a fine of up to 40,000 baht, or both.