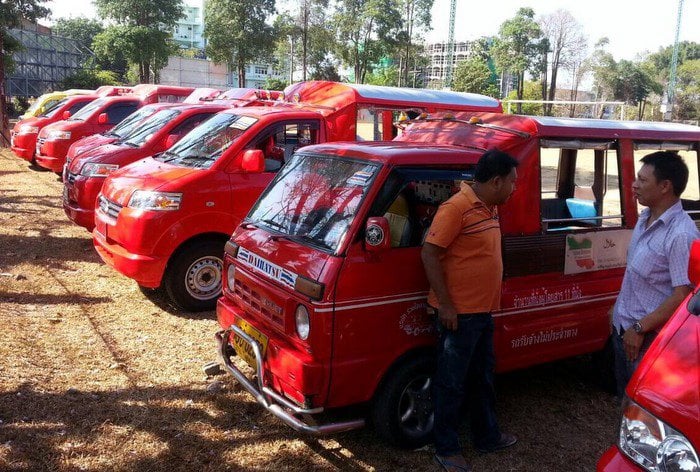 PHUKET: A group of illegal tuk-tuk drivers drove to Phuket Provincial Hall today to request the governor’s help, as their application process has dragged on for months following the crackdown on illegal drivers last year.

“The National Council for Peace and Order’s crackdown on illegal taxis has put us out of work for months,” Anan Plermjit, a representative of the group, told the Phuket Gazette.

“We accepted that we had to become legal, and filed our applications with the Phuket Land Transport Office [PLTO].”

About 200 tuk-tuk drivers applied for the necessary licensing following the crackdown, but only about 126 of them have been approved by the PLTO so far, said Mr Anan.

“This isn’t a protest. We are just asking Governor Nisit Jansomwong to ensure that we are being treated fairly and to push the PLTO to expedite the process,” Mr Anan said.

“We just want to go back to making a living and paying off loans for our vehicles. We took the right steps in becoming legal and don’t understand why it is taking so long.

Governor Nisit accepted the complaint and promised the drivers that he would raise the issue with the PLTO.