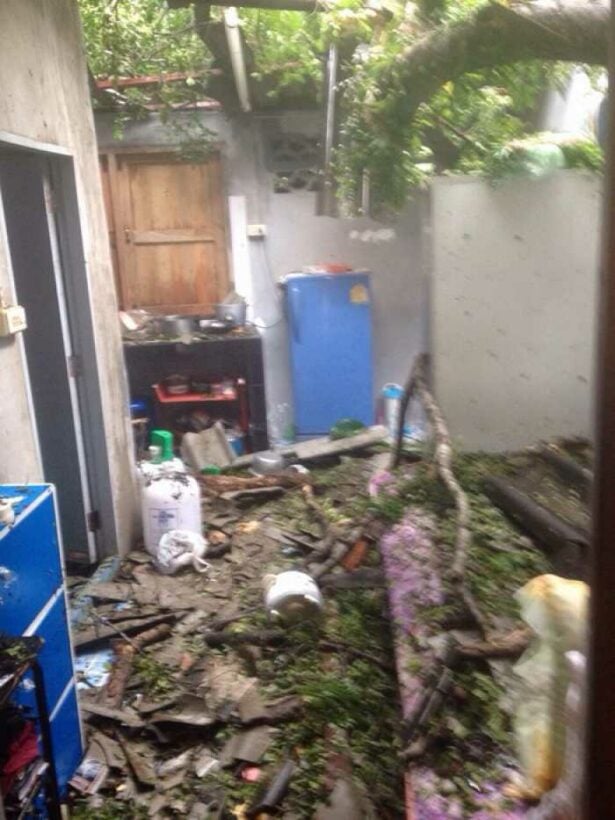 Officers from the Department of Disaster Prevention and Mitigation (DDPM), Phuket office, were called to the scene of one of the felled trees near Phuket City Hall about 9:30am.

“Houses were damaged by the tree, but the damage was not serious. Also, one resident sustained injuries to his left leg when the tree fell,” said Preeyaporn Torwong of the DDPM, Phuket office.

A representative of the landowner arrived at the scene and said that he would take care of removing all of the fallen branches in the vicinity.

“Phuket Municipality has agreed to fund any repairs needed to fix the damage to the villagers’ homes,” added Mr Preeyaporn.

Meanwhile, a minor landslide was reported in Koh Sireh. No houses were damaged, and no one was injured in the incident.