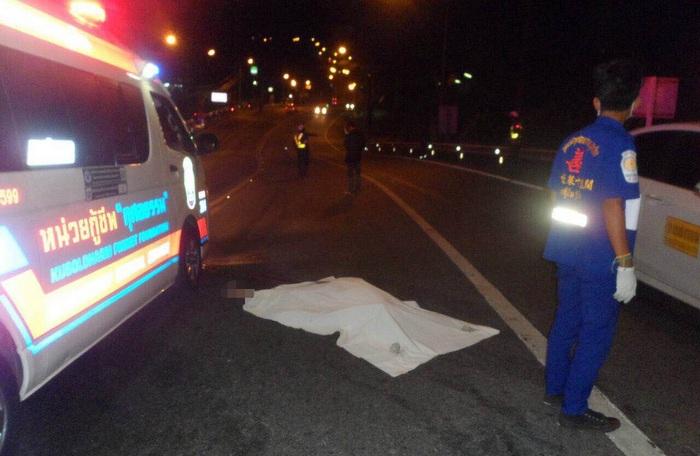 PHUKET: Police are working to identify a foreigner who was killed after allegedly jumping in front of a tour bus in Patong early this morning.

Bus driver Somkhit Wongpan, 33, told officers that he was on his way to Patong after picking up about 20 Chinese tourists from the airport, confirmed Maj Pattapee Srichai of the Patong Police.

“Mr Somkhit saw a man standing by the road, looking at the bus as it made its way down Patong Hill. The man walked into the road, but Mr Somkhit switched lanes in order to avoid hitting him,” said Maj Pattapee.
“However, the man allegedly jumped in front of the bus as it was passing him.”

Police believe that the man was about 40 years old. He was not carrying any identification on him at the time.

“We will continue to investigate in order to discover the man’s identity and to determine if his death was accidental or intentional,” Maj Pattapee said.

The man’s body was taken to Patong Hospital.

Surin demolition pushed to next month