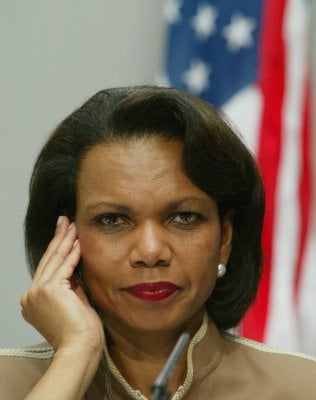 PHUKET: US Secretary of State (foreign minister) Condoleezza Rice will inspect reconstruction work in tsunami-affected areas of Phuket and Phang Nga Provinces on July 11, after being welcomed at the Sheraton Grande Laguna Phuket by Prime Minister Thaksin Shinawatra.

Dr Rice will arrive at Phuket International Airport on a special flight on the evening of July 10. The following morning she will have private talks with Prime Minister Thaksin Shinawatra at the Sheraton Grande Laguna Phuket.

At about 10.30 am, she and her team will visit the Phang Nga Naval Area Command and Rajaprajanugroh School before returning to Phuket. She is scheduled to leave the island at 2 pm.

Sihasak Phuangketkeow, Director General of the Department of Information at the Ministry of Foreign Affairs, told the Gazette that Ms Rice and her team will visit three other countries in Asia: China, Japan and South Korea.

Phuket landing fees to be cut by half