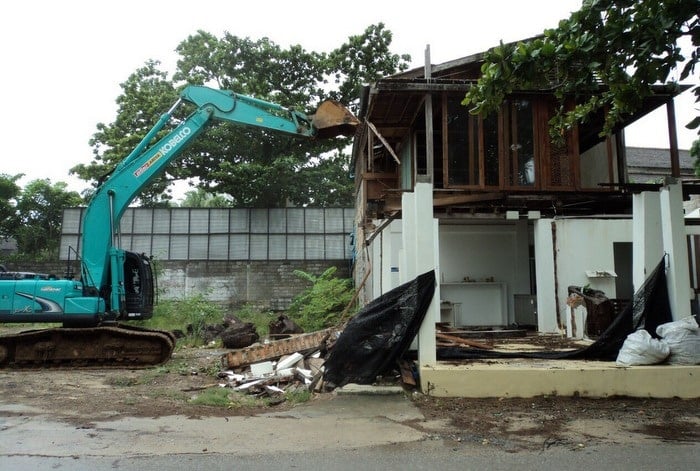 PHUKET: Two days of demolishing illegal buildings on Phuket’s west coast came to an end yesterday with local officials vowed to return and remove any other illegal structures found.

“The owners of two venues, including Octopus restaurant, were fully aware of the orders to vacate the premises and tear down the structures,” said Thalang District Chief Veera Kerdsirimongkol, who led the demolition team. “The Sakoo OrBorTor [local administration organization] had already officially notified them that they were encroaching on national park land and had ordered them to remove the buildings numerous times – but the owners ignored the government’s request.”

After witnessing the owners miss the deadline to vacate the buildings, Mr Veera explained it was necessary for the government to step in and do it for them.

“We will rid the island of buildings encroaching on public land,” Mr Veera said. “However, it is our job to ensure that laws are being followed as we do so, which means it is not always a quick process.”