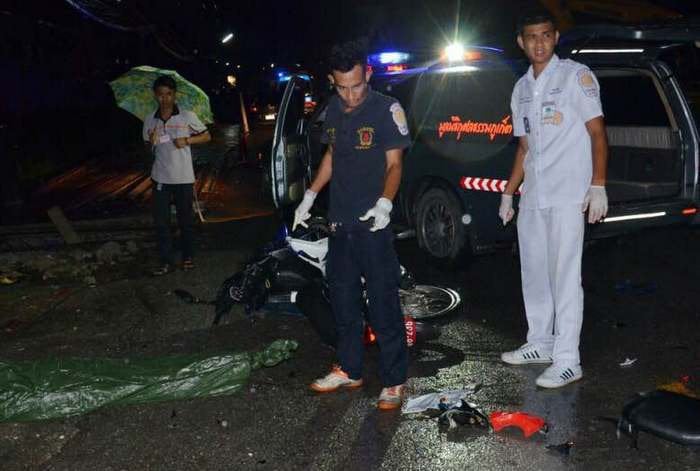 PHUKET: A head-on motorbike collision early this morning killed two men and put two others in hospital as one of the drivers attempted to navigate around roadworks in Rassada, Phuket City Police confirmed.

“When we arrived at the scene on Sri Sutat Road in Rassada, we spotted the body of Chaiwat Sombatthong, 34, on the road with the bikes. However, the body of an individual we have yet to identify had been thrown into a nearby ditch from the impact of the crash,” said Capt Akkaradet Pongprom of the Phuket City Police.

The bodies were taken to Vachira Phuket Hospital for further examination.

“Mr Lain, the driver of one of the bikes, told us that he was heading to Koh Sireh in the rain. The crash occurred when he moved to avoid some road construction in the area.”

Police expect to press a charge of reckless driving causing death against Mr Lain. However, they are waiting for testimonial from Mr Dusoe, who is still recovering.

Kiwis off the hook after paying ‘dine and dash’ tab