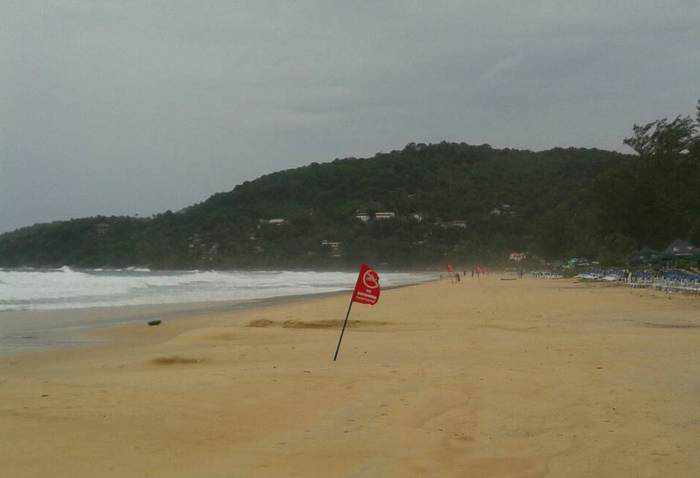 PHUKET: A Turkish man yesterday became the sixth person to drown in Phuket waters this year.

“The waves were very strong. Mr Dagdelen was dragged out by a big wave and disappeared in the surf,” said Mr Uten.

The lifeguards began searching for him, and spotted him about 10 minutes later floating in the surf just offshore.

“The beach guards pulled him out of the water but he was already unconscious,” Mr Uten explained.

Mr Dagdelen was rushed to Patong Hospital, but was pronounced dead on arrival.

Mr Uten repeated the plea he has made many times already this year: Do not swim where there are red flags.

“With the sea this rough, we prefer people to not swim at all,” Mr Uten said. “But if you must go in, do so in the areas where there are yellow-red flags, and only when lifeguards are on duty.”

Karon Beach currently has about 100 red flags on it, and Kata about 50, to warn tourists of dangerous surf, he said.

No typhoon, but heavy rain and big waves lead to Phuket boat warning