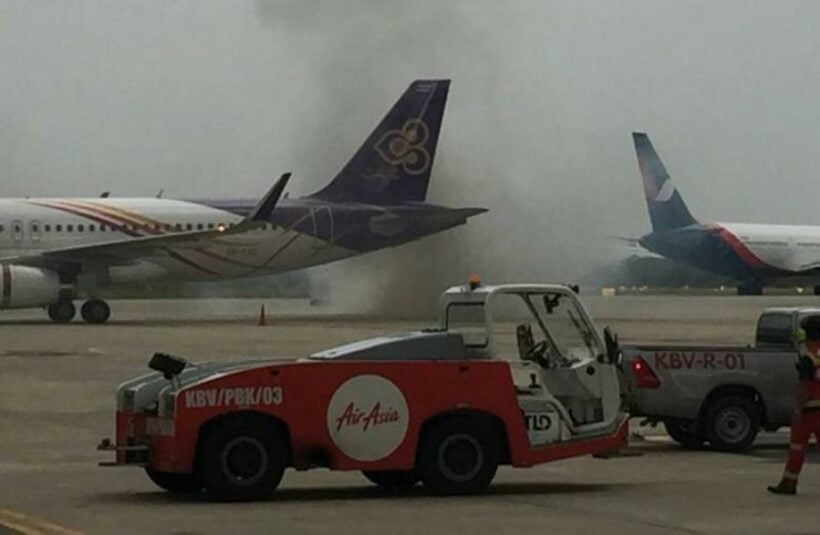 KRABI: Krabi International Airport came under fire after the engine of a pick-up burst into flames on the tarmac yesterday afternoon as bystanders looked on in panic.

The pick-up was being used by airport employees for pre-flight ckecks.

The flames were soon brought under control by rescue workers and firefighters.

“We later discovered that the engine of the pick-up was damaged. However, nobody was injured and the fire did not spread anywhere else. Additionally, all flights were able to arrive and depart as per schedule,” said Krabi International Airport Director Attaporn Nuangudom.

The truck was next to a plane preparing to depart, but it was able to fly to Bangkok without any issues, and Krabi Airport is still functioning as usual, he added.

Airport staff told police that the radiator of the pick-up had ‘dried out from overuse’, but police are still investigating the matter further.

On Saturday, A 59-year-old Thai passenger was hospitalized with head injuries when part of the ceiling at Phuket International Airport’s domestic terminal crashed down on him (story here).