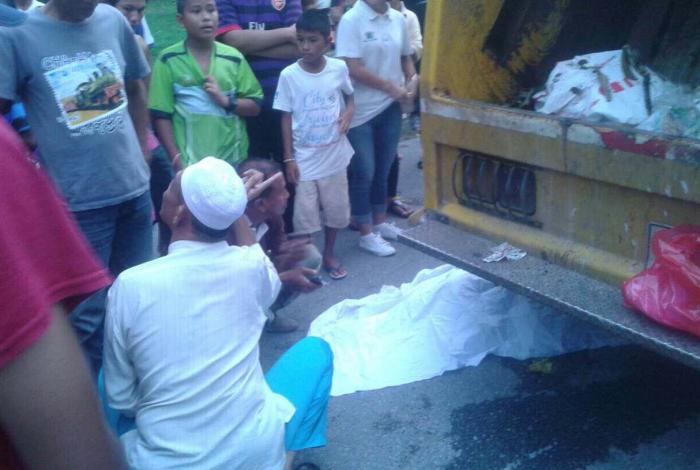 PHUKET: A 79-year-old motorcyclist was crushed to death when he collided with a garbage truck in Mai Khao yesterday.

“The accident occurred near Baan Kor En School. The man’s motorbike was wedged under the front right wheel of the truck. His body was stuck to the back left wheel,” said Tah Chat Chai Police Deputy Superintendent Sarit Bootnongsaeng.

Mee Doomlak, 79, a Muslim, was fasting for Ramadan and had just left his house in search of food to break his fast. Mr Mee was reportedly dragged under the garbage truck when he passed in front of the truck as it pulled out.

Police questioned the truck driver, Buromae Kitchanan, 62, who said he was pulling away after collecting trash and drove off without noticing Mr Mee.

“Mr Buromae said he didn’t realize that he had hit anyone until he heard the sound of a motorbike being dragged along the road,” added Lt Col Sarit. “He said he only realized what happened when he stopped his truck to check.”