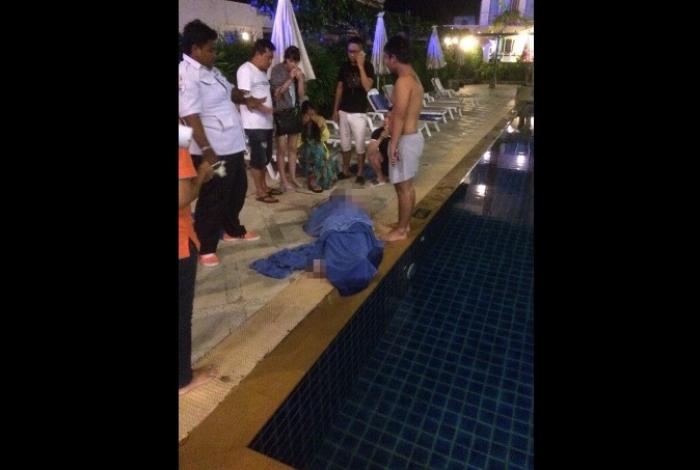 PHUKET: A Chinese tourist died while swimming early this morning after a late night out in Kamala.

Captain Prasert Thongprom of Kamala Police received the report about 3am and officers found 28-year-old Jian Dong’s body lying by the pool of the hotel where he was staying.

Mr Dong was part of a Phuket tour group, and had gone out with nine friends at about 9pm for dinner and drinks. He reportedly had two large beers and returned to the hotel about 2:40am.

“His friend, named as Jin Tu, told us that he was sitting by the pool while Mr Dong was swimming. He said Mr Dong swam for 30 minutes and then suddenly stopped moving. Mr Tu called out to his friend three times without receiving a response, so he jumped in and pulled him out of the water,” Capt Prasert told the Phuket Gazette.

“Mr Tu said he attempted to resuscitate his friend before rescue workers arrived, but without success. We have been told that he had had rib surgery before his trip, and it’s possible that there were some complications from this that led to his death,” Capt Prasert added.

The embassy was informed and his body has been sent to Patong Hospital for further investigation.