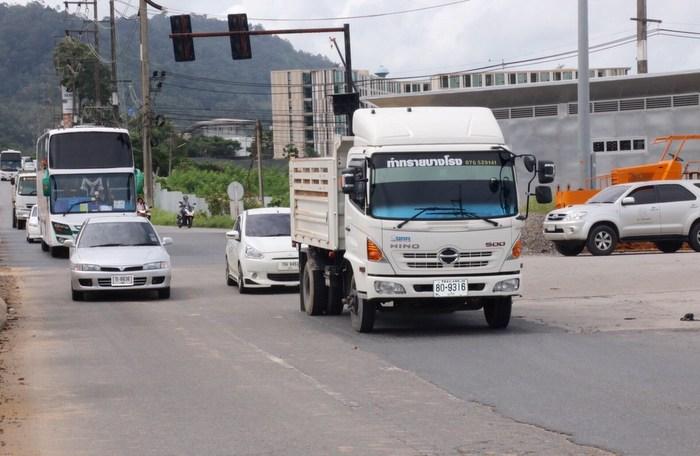 PHUKET: The island’s top cop has ordered an investigation into the reckless driving of an alleged uniformed police officer, who was caught on video driving erratically near the Samkong Underpass construction site on Tuesday.

The video clip, which was posted via Facebook user ‘Kor Phom-chu-night-ni’, shows a vehicle continuously honking its horn while dangerously passing other cars at the notoriously hazardous construction site.

Phuket Provincial Police Commander Teeraphol Thipjaroen was alerted to the video after the Facebook user claimed that the driver was a uniformed officer, while other commenters recognized the vehicle as possibly belonging to Lt Col Pornthep Putluecha, a police officer who allegedly has a history of mental health issues.

“I have ordered Phuket City Police to investigate the matter and will check with Phang Nga Provincial Police about what needs to be done, as Col Pornthep works in their jurisdiction,” Col Teeraphol said. “If it is necessary, we will request that the officer seeks treatment.”